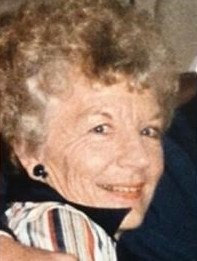 Barbara L. (Goodfellow) Crane, 94, of Mendon passed away Dec. 19 in Countryside Healthcare in Milford. She was the wife of the late Stanley T. Crane, who died in July.

She had lived in Abington until moving to Mendon in 1965. She was a clerk at the former Miscoe Springs Beverage Co. for 10 years, retiring in 1995. Mrs. Crane previously had worked for the former Gardner-Moran Co. in Milford.

Mrs. Crane was born in 1928 in Rockland, daughter of the late John Claude and Almerta (Barbour) Goodfellow, and graduated from Rockland High School in 1946. She was a member of the Community Covenant Church in Hopkinton and also a member of the church’s choir.

She is survived by two sons, David A. Crane and wife Cheryl of Milford, and Eric S. Crane and wife Diane of Mendon; two grandchildren, Erica Crane of Milford and Nathan Crane of Mendon; three great-grandchildren, Jake, Brody and Charlotte, all of Milford; and several nieces and nephews. She was predeceased by a grandson, Adam Crane; a brother, Rev. Gordon Goodfellow; and two sisters, Shirley Blanchard and Phyllis Garland.

Visiting hours will be held Friday, Dec. 30, from 1-2 p.m. in the Buma-Sargeant Funeral Home, 42 Congress Street, Milford, followed by a funeral service at 2 p.m. in the funeral home. Burial will be at a later date in Swan Dale Cemetery, Mendon.