Hopkinton resident John W. Powell was named as a partner in the patent practice group at Sunstein LLP, a boutique intellectual property law firm in Boston. According to the firm, Powell has more than two decades of in-house and law firm experience. He served as vice president, general counsel, and secretary of American Superconductor Corporation (AMSC), a publicly traded global energy technologies company focused on the renewable energy and electric grid markets, and as IP counsel at Raytheon and Motorola. Most recently Powell was a partner at the Boston law firm Verrill Dana, LLP.

“Powell is widely recognized for his strategic approach helping companies build U.S. and international IP portfolios that add value, and he is considered integral to his clients’ management and engineering teams,” the firm stated. His experience encompasses work with firms in the clean tech, robotics and medical device spaces, as well as in other technology areas.

“We are thrilled to have John join our firm,” said Sunstein LLP managing partner Kerry L. Timbers. “His depth of expertise honed in his years of law firm practice and in-house leadership positions will be invaluable to companies who seek top legal counsel with a sophisticated understanding of corporate and business issues. And his passion for working with leaders of cutting edge technology companies is a perfect fit for Sunstein.”

Powell received his J.D. from the University of New Hampshire School of Law and is a member of the Massachusetts Bar. 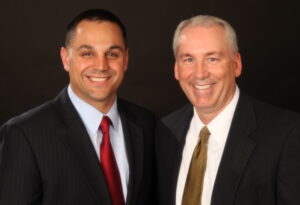 This exclusive designation has been given to select wealth managers for over 14 years, in more than 45 markets throughout the United States and Canada. Award candidates were evaluated against 10 objective criteria and resulted in the Boston area’s top 3 percent of wealth managers who provide quality services to their clients. 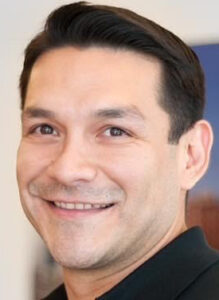 Gorman Richardson Lewis Architects (GRLA) announced that Jorge Gomez has joined the firm’s architecture studio as assistant project manager. The firm states that Gomez has worked on multiple residential projects throughout Massachusetts and New York, as well as commercial and healthcare projects. He holds a Bachelor of Architecture from Boston Architectural College and an MA Interior Architecture with a focus on adaptive reuse from the Rhode Island School of Design. He also served as a reserve in the U.S. Marine Corps from 1999-2005 and was called for active duty as part of Operation Enduring Freedom in 2002.

UniBank, the Central Massachusetts-based company that has a branch in Hopkinton, recently was named the Best Bank for Business 2021 by the Worcester Business Journal.
“To be nominated by our loyal customers for this prestigious award for the eighth year is the true measure of our success,” CEO Michael Welch stated. “With their trust in our experienced professionals and the seamlessness in our processes, we establish true partnerships with business owners of both large and small businesses across the Central Massachusetts region, and we’re extremely proud of that. As a $2 billion bank, we are large enough to serve all your personal and business banking needs and, importantly, still know you by name.”

Milford Regional Physician Group (MRPG) announced the addition of Dr. Alan Jackson. He will begin seeing patients in Northbridge until he moves to his permanent location in the spring, joining Dr. Melissa Mahr at Hopkinton Primary Care.

Board-certified in internal medicine and geriatric medicine, Jackson previously spent many years at The Fallon Clinic/Reliant Medical Group in Worcester. After receiving his undergraduate degree from The Johns Hopkins University, Jackson earned his medical degree from UMass Medical School and completed his internship and residency at St. Vincent Hospital. Jackson is an active member of numerous professional associations, including the Massachusetts Medical Society and Worcester District Medical Society. He currently resides in Shrewsbury. …

Meanwhile, Milford Regional Medical Center was recognized by Blue Cross and Blue Shield of Massachusetts with a Blue Distinction Centers+ for maternity care designation, as part of the Blue Distinction Specialty Care program.