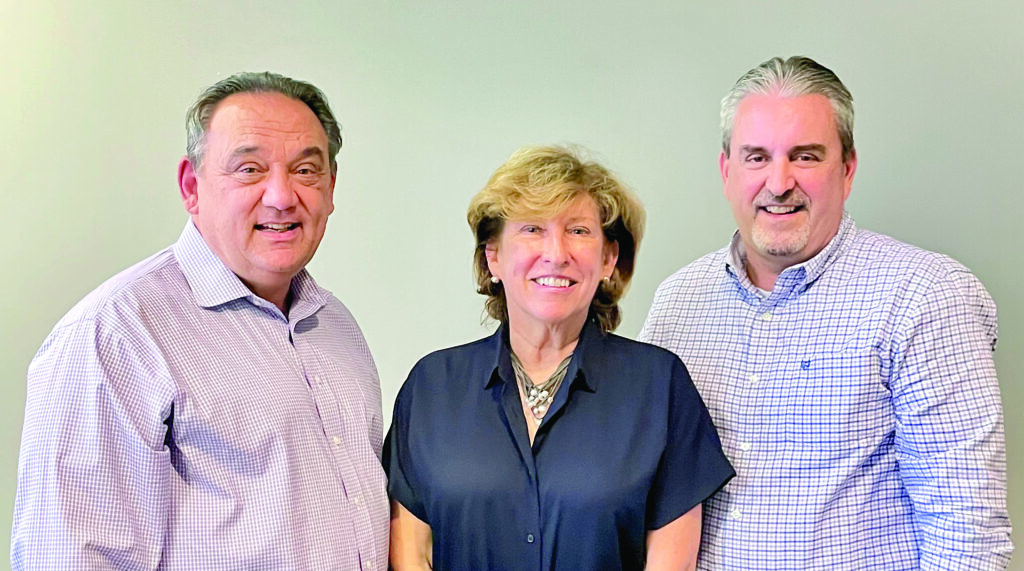 My House Partners, a RE/MAX Executive Realty team, boasts 57 years of real estate experience across its three agents: Chuck Joseph, Mike Auen and Ann Clark. The trio has worked together as an unofficial team for several years, and now they are adopting a more formal approach under the My House Partners name. Thus far, the group has been highly successful and consistently rated as the top real estate team in Hopkinton. “Between the three of us, we all have different strengths and roles to play, and we come together to make a really strong team,” says Clark.

“I love working in a team,” Joseph adds. “I wouldn’t practice real estate any other way today.” Joseph, who has been working in real estate for 38 years, says the process has become far more complex than it was in the past. “There are many more players involved,” he says. “There’s a lot more sophisticated financing and regulations, and for us to provide the level of service that we wish to provide to our clients, we need the three of us functioning as a well-oiled machine.”

Joseph compares the depth of their work to an iceberg. “There’s the piece above the water that the public sees, but they might not have a full picture of what competent real estate agents actually do,” he says. “Under the water, there’s so much work being done that I really don’t know how single practitioners do it alone. You have to be ready to be of service at a moment’s notice.”

The team’s Hopkinton connections run deep, which gives My House Partners an edge in terms of analyzing the market, recommending vendors and nurturing relationships. Clark has lived 26 years in Hopkinton, where she raised two kids and was a public school teacher. Auen, a self-proclaimed townie, was born and raised here. Long before becoming business partners, Auen was a social studies student of Joseph’s when Joseph taught at Hopkinton High School.

The unique qualities of each agent form a solid foundation for My House Partners, Auen explains. “So, Chuck — everybody knows Chuck in town — he has the relationships, the network. Then there’s Ann, she’s the calming influence during a potentially challenging process,” he adds. “And me, I’m the spreadsheet, get-it-done guy. I keep everybody on task and make sure things don’t fall through the cracks.”

Adds Clark, “Sometimes we come to a house and Chuck will say, ‘I’ve sold this house five times.’ ”

“It’s true,” Joseph says with a laugh. “I’m now selling homes to the children of my former clients.”

Commenting on the state of the current real estate market, Joseph notes that there is a housing shortage “from [Interstate] 495 to the Atlantic Ocean,” and he doesn’t anticipate prices dropping next year. “This is a housing crisis, a supply-demand crisis. We need to build higher density in the suburbs because boomers are healthier and staying in their homes longer, and millennials are ready to buy houses but there aren’t enough,” he explains.

“There’s a tremendous argument to be made to empty nesters to sell and then rent, but as children of World War II parents, they were told to never rent,” Joseph adds. “So, I don’t think demand is going to go down, and therefore we won’t see the bottom fall out of the market, but we might see a level of slight decline.”