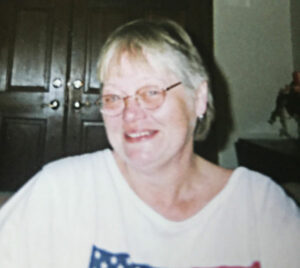 Carolyn Jeanne Anderson, 71, of Hopkinton, residing in Millbury, passed away Sept. 17. She was the daughter of the late Herbert F. and Jeanne H. Cook. She was the wife of 16 years of the late Albin Anderson Jr.

Carolyn was a secretary for the Hopkinton school system for over 30 years. Her family was of the utmost importance to her, and her grandchildren were how she defined her retired life.  Throughout her life, antique cars, Eastern Star and enjoying the small things were priority.

Carolyn is survived by her two daughters, Caryn (Anderson) Remillard along with her husband, Thomas Remillard, and Lisel Anderson of Millbury; her stepsons, Albin Anderson III and his wife, Lisa, of Charlton and Christopher Anderson of Marlborough. She also leaves behind her brother, Steven Cook of Wareham, and six grandchildren: Amanda, Emily, Lindsey, Kanen, Austin and Ben. She is predeceased by her daughter Lori Jeanne Anderson.

A funeral service was celebrated on Sept. 23 at St. Paul’s Episcopal Church, Hopkinton. Burial followed at Evergreen Cemetery. Funeral services were under the care of Chesmore Funeral Home of Hopkinton (chesmorefuneralhome.com).