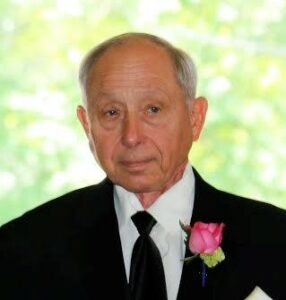 Charles Francis Lowell, 76, of Hopkinton, passed away Dec. 10. Born in Framingham, he was the son of the late Evelyn (Hamm) and Charles Theodore Lowell. He was married to the love of his life, Donna Irene (Wright) Lowell, for 53 years.

Charlie graduated from Hopkinton High School and then went on to serve as a paratrooper in the Army’s 82nd Airborne during the Vietnam War era. After his time in the military, he returned home to meet his wife, Donna, whom he had only known in school growing up and coincidentally had marched beside in their junior prom promenade. Together, Charlie and Donna built a life together filled with love, friends and family. While Charlie started out working at General Electric in Ashland, he then moved on to become a union arbitrator at United Electrical Radio and Machine Workers of America in New York City, where he honed his skill and passion for advocating for the needs and rights of others.

After many years in New York, Charlie returned home to open his own businesses. He started out with Lowell’s General Store in Holliston and then expanded from there. Throughout the years, Charlie met many customers who would go on to become close friends.

Charlie enjoyed retirement with traveling, most often to his home away from home, Aruba, playing golf and becoming a park ranger at Juniper Hill Golf Course in Northborough, meeting his friends for coffee club, rooting for his favorite sports teams, watching Phil Mickelson compete, most notably on a lifetime dream trip with his friends to The Masters, walking his dog, Fella, around town and greeting everyone on their way, taking trips to the casino and scratching lottery tickets, becoming active in both local and national politics, and most especially spending time with his family and friends. One special event in his retirement was being honored by a group of young men that he held in high esteem, his Babe Ruth baseball team that he led to win the American League championship in 1967. There were many members of this team that remained in contact with him throughout the years.

Charlie was a people person. He greeted everyone with a smile and always had a helping hand out for anyone in need, expecting nothing in return. Wherever he went, Charlie was loved. His spirit of positivity, his proclivity to create fun, and his genuine desire to see others succeed endeared him to all.

Charlie was the father of the late Charles Edward Lowell, who passed away in 1987. Besides his wife, he is survived by his daughter, Donna Marie Lowell-Bettencourt and her husband, Troy, of Edgartown; two sisters, Elizabeth Anne Tombs of Torrance, California, and Janice Olsen of Palm Springs, California; five grandchildren, Holly White and her husband, Will, Alex Bettencourt, Luke Bettencourt, Charlotte Delasin and her husband, Zach, and Jovanna Lowell-Bettencourt; and three great-grandchildren, Charlie, Juliet and Maddie White; his brother-in-law and sisters-in-law, Donald Wright, Debbie Peddle and Darlene Montville; and many special nieces and nephews. He is predeceased by his brother-in-law Douglas Wright.

A funeral service was held Dec. 13 at Chesmore Funeral Home of Hopkinton (ChesmoreFuneralHome.com). Interment was to be held privately at a later date. In lieu of flowers, donations may be made to the American Cancer Society (cancer.org) or Boston Medflight (bostonmedflight.org).