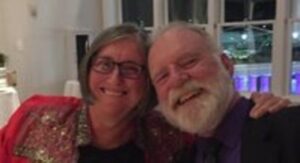 Dana Marchant, 67, formerly of Hopkinton, passed away peacefully on April 17 in Stuart, Florida, after a long battle with Parkinson’s disease.

Dana was born in Manchester, New Hampshire, on Sept. 21, 1952. He graduated from Hamilton-Wenham Regional High School in 1970. Dana went on to graduate from the University of Massachusetts, Amherst, where he received a bachelor’s degree in political science. After graduation he had a successful 35-year career in the insurance industry, spending most of his time at Commercial Union Insurance Company.

Dana married his high school sweetheart, Mary (Mollie) Gray, on Oct. 10, 1976, and they went on to have 44 wonderful years of marriage. Dana was a proud Eagle Scout, father, and grandfather. He was an avid Red Sox fan and golfer. He also was an active member of his community, serving as the president of the Lone Tree Council, BSA in Massachusetts and New Hampshire.

Dana is preceded in death by his father, Wilbur Marchant; his mother, Jean Marchant; and his sister, Deborah Mahan.

His funeral services will be held privately. Arrangements by the Campbell Funeral Home in Beverly. In lieu of flowers, memorial donations may be given in his name to the Boston chapter of the American Parkinson’s Disease Association, 72 East Concord St., C3, Boston, MA 02118.