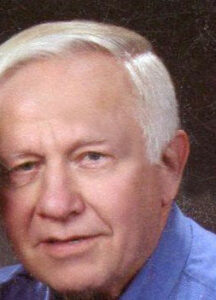 David F. Adelman, 78, of Hopkinton passed away Feb. 14. Born in Queens, New York, he was the son of the late Edith (Lindholm) and John F. Adelman. He was the husband of 23 years to Karen (Temple) Adelman of Hopkinton.

An Army veteran of the Korean War, David met his wife, Karen, at Prime Computer, where they both worked, and they went on to be together for 30 years. He enjoyed woodworking and computers. David was a member of the Upton Historical Society for many years.

Besides his wife, he is survived by his children, David Michael Adelman and Ladawn Marie Adelman, both of South Carolina, and his stepchildren, Laurie Ann Miller Day and her husband, David, of Florida, and Betty Kaye Ellis and her husband, Steve, of Florida. He also leaves behind his siblings, Frederick A. Adelman and his wife, Blanche, of New Jersey, Edith Kennedy and her husband, Richard, of New York, grandchild Benjamin Clarke Adelman of South Carolina, and seven step-grandchildren. He also leaves behind many nieces, nephews and great-grandchildren. He is predeceased by his stepson, Donald Melvin Miller, and two siblings.

Private family services were scheduled. Arrangements are under the care of the Chesmore Funeral Home of Hopkinton (ChesmoreFuneralHome.com). In lieu of flowers, donations may be made to the American Legion at legion.org, to the Upton Historical Society at P.O. Box 171, Upton, MA 01568, or to the Upton Grange, 26 School St., Upton, MA 01568.