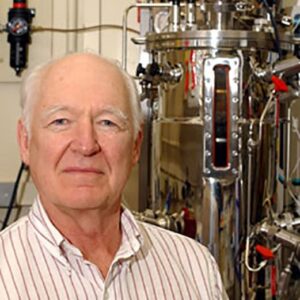 The family moved to Larchmont, New York, where he attended Mamaroneck High School. He was a 1955 alumnus of Dartmouth College, and earned his medical degree from the University of Rochester in upstate New York. There, he was encouraged to take a year in pre-clinical sciences and did so in pathology and, as a research project, isolated cell membranes. He was interested in cell communication with the outside and its influence on active genes in cells. After finishing school, he interned at Yale School of Medicine. Dr. Neville found it frustrating that there was so little available for patients with cancer and autoimmune diseases.

It was at this time that he went back to his research roots with a job at the National Institutes of Health (NIH) in Bethesda, Maryland, and began exploring physical chemistry and molecular biology. Dr. Neville dove into membrane studies and collaborated with two groups interested in looking at how hormones work. The scientists in his molecular biology lab worked for three decades to develop an immunotoxin platform producing well-folded bivalent toxic proteins targeting a variety of cell epitopes. Eventually, their research led to the development of Resimmune, a targeted anti T-cell therapy they believed would be less damaging to healthy cells. The research led to a Phase 1 study for the treatment of cutaneous lymphoma and other T-cell related diseases, and FDA fast track development designation. Dr. Neville is a pioneer of the immunotoxin field, and the author of over 140 peer-reviewed scientific papers. In 2008, Dr. Neville retired from the NIH, the public health service and civil service with a rank of captain, and founded Angimmune with two of his Ph.D. scientists. In the spring of 2021, Dr. Neville and his wife moved from Bethesda to the Communities at Golden Pond in Hopkinton.

Dr. Neville loved nature and enjoyed spending summers in Wellfleet, enjoying the National Seashore beaches of Cape Cod. An avid birder, David and Nancy spent many weekends birding on the Eastern Shore of Maryland, and along the C&O Canal in Potomac, Maryland.

In addition to his wife, David is survived by two sons, Paul H. Neville and wife Kathleen of Holliston and David M. Neville III and wife Nancy of Brookeville, Maryland. He also leaves behind four grandchildren, Kaitlin and Anna Neville, and Jack and Liam Neville.

Funeral services are being held privately with family and are under the care of the Chesmore Funeral Home of Holliston. A wake is planned for a time when social gathering is not a risk, when it can be held outdoors in Holliston.

Editor’s note: Obituaries are submissions, typically from funeral homes, that are not subject to the same level of editorial oversight as the rest of the Hopkinton Independent. Obituaries may be edited for grammatical and factual mistakes and clarifications and shortened for space considerations.