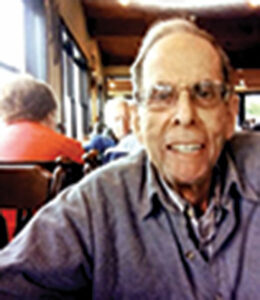 Dexter C. Silva, 78, of Hopkinton passed away April 30. He was the beloved husband of 56 years to Susan Silva of Hopkinton.

Dexter retired as an executive at Verizon. Besides his wife, he is survived by his children, Stephen Silva of Ipswich and Sharon Silva of Hopkinton. He also leaves behind two grandchildren, Andrew and Zachary Silva.

Funeral services were held privately with family. Arrangements were under the care of the Chesmore Funeral Home of Hopkinton (ChesmoreFuneralHome.com).