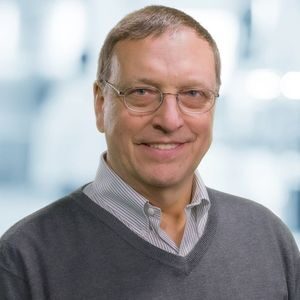 Edouard S.P. “Ed” Bouvier Jr., 63, beloved husband of Jacquelyn (Ambrogio) Bouvier, passed away at Emerson Hospital in Concord on July 6 after a valiant fight with multiple myeloma. Ed was a loving and doting father to son Jonathan Martin Bouvier of Hopkinton and daughter Noelle Christine Bouvier of Stow.

Ed grew up in Hamden, Connecticut, graduating from Hamden High School in 1975. He was a 1979 graduate of Boston College and earned his Ph.D. in chemical engineering from Yale University in 1988. After a year as a postdoctoral researcher at Sandoz AG in Basel, Switzerland, Ed went to work for Millipore/Biosearch in Bedford. In 1992, he joined Milford-based Waters Corporation where, at the time of his death, he was a principal consultant for business development-early technologies and a member of the prestigious Jim Waters Society. Ed holds a number of patents and is highly respected in his fields of high performance liquid chromatography (HPLC), liquid chromatography-mass spectrometry (LC-MS), and materials and polymer sciences.

Ed was happiest when spending time with his family. He was an avid photographer and an accomplished chef. He loved the beach and enjoyed summers on Martha’s Vineyard and at Cornfield Point in Old Saybrook, Connecticut. Ed traveled frequently and especially enjoyed his time in Japan. For the last few years, he has delighted in long walks through Stow.

In addition to his wife and children, Ed leaves to cherish his memory his mother, Jane (Mansfield) Bouvier of Hamden, Connecticut; his father, Edouard S.P. Bouvier of Montgomery Village, Maryland; brothers David (Kathleen) of Wallingford, Connecticut; Joseph (Anna) of Merchantville, New Jersey; and Daniel (Tricia) of Pittsfield; sisters Dianne of Athens, Ohio; and Nicole (David) of Olney, Maryland; and his aunt, June Brice of Riverside, Connecticut. Ed also leaves his many adoring nieces and nephews who all will miss him greatly. He was predeceased by a sister, Virginia (James).

Family and friends will gather to honor and remember Ed on Sunday, July 11, from 3-6 p.m. at the Fowler-Kennedy Funeral Home, 42 Concord St., Maynard. His funeral Mass will be celebrated on Monday, July 12, at 10 a.m. at Saint Isidore Catholic Church, 429 Great Road, Stow. Burial will be private.

Donations in Ed’s name may be made to the Emerson Health Care Foundation-Cancer Care, 133 Old Road to Nine Acre Corner, Concord, MA 01742 or emersonhospital.org.