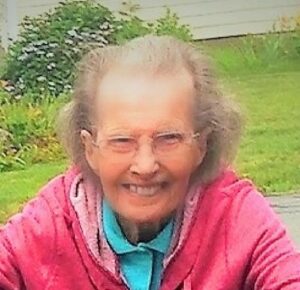 Elaine LaBonte passed away peacefully at home on Aug. 13 surrounded by love. Born on April 1, 1930, in Great Barrington, she was the daughter of the late Harry and Anna (Owens) Norton, and Irene Gerard Norton. She was predeceased by her loving husband of 47 years, Richard F. LaBonte.

Elaine (Lainee), was a graduate of Searles High School (Great Barrington), St. Luke’s Hospital (Pittsfield) and the Elms Nursing Programs. Her long nursing career included early work at the Joslin Clinic Summer Camps and Wesson Women’s Hospital. She spent the majority of her career at Ludlow Hospital as an infection control nurse and later proudly served as director of nurses. Lainee cared for patients of all ages and medical complexities with great compassion and with a calm, gentle demeanor. She remained devoted to her profession, and shortly after retiring to Clearwater, Florida, she applied for and received her Florida nursing license. Can’t keep a good nurse down!

Always looking on the bright side, Lainee had a natural curiosity and willingly (sometimes unwillingly), found ways to become involved in her local community. She volunteered at social centers and joined various women’s clubs including bridge and mahjong teams and neighborhood welcome circles. A devout Catholic, she remained actively involved her church community, whether it be in Springfield, Agawam, Hopkinton or Clearwater. Lainee cherished good friends, good company and lots of laughter. She especially loved Christmas, Cape Cod, music, flowers, puppies, the beach, the Berkshires and a friendly card game. Her greatest joy and source of pride was her family. She leaves her daughter, Carole Ann (Paul) Nathan of Hopkinton, and her beloved grandson, Kevin Nathan of Boston. She was predeceased by her brother, Edward Norton; her sister, Joan, and husband Walt Whitaker; and her best friend and identical twin sister, Annie Caine. The infamous Norton twins enjoyed many adventures as sisters, students, travel buddies and lifelong confidantes. Over the course of their life journey they shared great joy, mutual support, much love and some occasional mischief. She also will be missed by her cousins, Betty Casavant and Christine Schafer; her sisters-in-law, Barbara Thomes and Irene Norton; her brother-in law, Patrick Caine; her many nieces and nephews and her dear friend, Elaine Nathan.

The family extends its heartfelt gratitude for the uncompromising and compassionate care Lainee received from Salmon Hospice. The funeral service will be on Friday, Aug. 21, at 10:30 a.m. at St. Michael’s Parish, 128 Maple St., East Longmeadow. Burial will immediately follow at Gate of Heaven Cemetery. In lieu of flowers, gifts in Lainee’s memory be made to: Salmon VNA & Hospice, 37 Birch Street, Milford MA 01757 (salmonhealth.com).