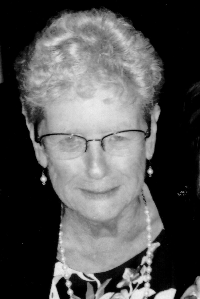 On July 17, Eleanor (Cantwell) Morgan, 86, of Marshfield, formerly of Waltham, died peacefully in her home after an extended illness. She was surrounded by loved ones as she earned her guardian angel wings and joined her beloved husband, Donald, and son Edward “Eddie.” Eleanor, born Sept. 3, 1933, in Boston, was preceded in death by parents Albert and Eleanor (Fitzgerald) Cantwell, older brothers James and William, daughter-in-law Monica, and several family and friends.

Raised in Brighton, Eleanor graduated from Mission High School in 1951 and began working at Western Electric in Watertown. It was through there that she was introduced to Donald, the love of her life, on a double date with a close coworker friend. They married in 1955 and eventually settled in Waltham to raise their four sons and be a guiding influence to Donald’s younger siblings. A devoted wife and mother, Eleanor focused on creating a loving and welcoming home until later rejoining the workforce. Starting as a temp, she quickly progressed through several positions as her employers realized her capabilities and ultimately promoted her to director of lab supplies at Brandeis University, where she stayed until her retirement in 1997. After Donald’s passing Eleanor made her final relocation and home in Marshfield, where many treasured family memories had been created while summering through the years.

Eleanor lived a full life and found enjoyment in many things, including exploring with Donald, entertaining (especially Christmas Eve in Waltham and summers in Marshfield), getaways with friends, Florida winters, reading, cross-stitch, crossword and jigsaw puzzles, politics, keno, lunch and shopping with niece Jean, afternoon Coors Light, ice cream sundaes, Ghirardelli, quality time with grandchildren, and, most recently, FaceTiming with great-grandchildren. The testament to how Eleanor’s warm, straightforward manner touched people was obvious by the extension of people that remained friends and actively kept in touch through the years and she will be greatly missed.