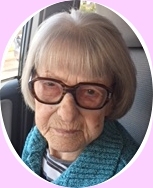 She is survived by several nieces, nephews as well as other extended family members. Born in Konigsberg, Germany, on Nov. 17, 1924, she was the daughter of Otto R. And Maria J. (Waldmann) Knopf and lived in South Yarmouth for 30 years, previously living in Hopkinton.

Mrs. Remillard worked as an assembler for the Fenwall Co. in Ashland for many years. While living in Germany she worked as a hairdresser. She loved animals (especially cats) and was an avid gardener. She met her husband at the end of World War II, they married there, and she emigrated to the United States in 1963. They enjoyed the beach and moved to Cape Cod for their retirement years. She was a quiet, unassuming woman who will be remembered for her loving devotion to her husband.

Her funeral service was held April 23 at Tancrell-Jackman Funeral Home in Uxbridge. Burial will be privately held in the VA National Cemetery in Bourne at a later date. Donations in her memory may be made to the ASPCA, P.O. Box 96929, Washington, DC 20090-6929. To leave a condolence message for her family, visit jackmanfuneralhomes.com.