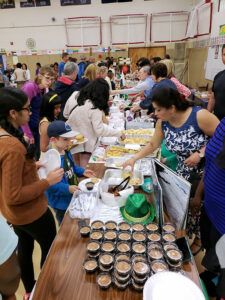 Elmwood’s International Night featured students representing their families’ native countries and food from around the world.

Close to 500 people from the Elmwood Elementary School community showed up to celebrate and honor diversity during the school’s annual International Night on May 23.

Hosted by the Elmwood Diversity Council, International Night is a way for students and their families to explore each other’s cultures and traditions from the many different nationalities that make up the Hopkinton Public Schools.

The evening included performances by student volunteers, including magic acts and Bollywood dancing demonstrations traditional to their native countries. International food dishes were shared, including samosas from India, latkes from Israel, meatballs from Italy, and even Vegemite sandwiches from Australia.

“It was a great night,” said English language teacher and Elmwood Diversity Council member Suzanne Strefling. “It is all about celebrating the diversity that is here at Elmwood and giving students the ability to showcase the special parts of their culture.”

The Elmwood Diversity Council, which is made up of 10 staff members, has hosted several events this year to help students become knowledgeable global citizens, even at an early age. Back in February, the council held a Lunar New Year dance, using a traditional Chinese dragon puppet — a symbol for good luck — as the backdrop to the celebration.

“The student population is becoming more and more diverse here, and we want to celebrate that,” Strefling said.

Elmwood isn’t the only school in Hopkinton that takes opportunities to educate students about other cultures and traditions.

At Hopkinton High School, along with hosting an International Night to celebrate the students from other countries who are here through an exchange program, the HHS Diversity Club celebrates not only cultural diversity but also the diversity of the student body, including LGBTQ+ and special needs students. In April, HHS hosted a month-long diversity celebration, with different events and programs to educate the students about cultural and social differences.

At Marathon Elementary School, a $500 grant has allowed the school to add new books reflecting cultural diversity and equity. And at the middle school level, efforts in cultural awareness and social justice have been embraced by the students and staff alike, according to Superintendent of Schools Dr. Carol Cavanaugh.

“It’s an important conversation to have,” Cavanaugh said. “We have had an influx of culture into Hopkinton and we want our teachers and administrators to pay attention and recognize these differences.”

The themes of diversity, equity and inclusion have been both Cavanaugh’s and the district’s goals this year as the population becomes more diverse. This year the administration and staff have engaged in book clubs, reading several books on combatting racism in schools and educating a culturally and linguistically diverse student body. With 25 percent of the student body identifying as from a non-white background, it was time for the district to put effort into educating staff and students about the benefits, and sometimes challenges, of such a diverse population, according to Cavanaugh.

“We have to get comfortable talking about it,” she said. “We just need to keep bringing it to the forefront.” 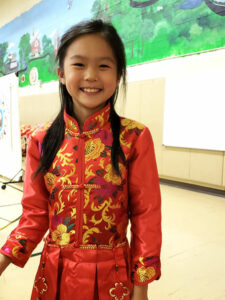 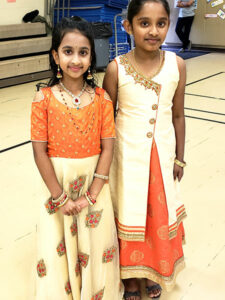