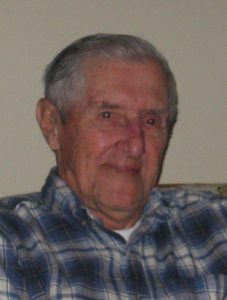 Emery A. “Mac” McKenzie, 88, of Hopkinton, passed away Jan. 4 at Metrowest Medical Center. He was born in Milford, son of the late Doris (Kinney) and Angus McKenzie. He was the loving husband of 61 years to Esther (Brown) McKenzie of Hopkinton.

Emery was a 1948 graduate of Milford High School, a 1951 graduate of Worcester Trade School, and a 1959 graduate of Worcester Jr. College. He was a U.S. Navy veteran, having served during the Korean war from 1951-55. He retired from Raytheon in 1992, after 35 years as an electromechanical design engineer. He was a past president of the Hopkinton High School Booster Club and a lifetime member of the Veterans of Foreign War in Ashland. He enjoyed time spent with his children and grandchildren, and took pleasure in bowling and gardening.

Besides his wife, Emery is survived by his children, Sharon Cavanagh, Kim Rafferty and her late husband, Frank, Dianne Belamarich and her husband, Mark, Denise Aleff, Rob McKenzie and his wife, Annie, Bill McKenzie and Patti Enright and her husband, Matt. He also leaves behind nine grandchildren and three great-grandchildren. He is predeceased by two sons, James and Thomas McKenzie.

A funeral mass was celebrated Jan. 9 at St. John the Evangelist Church in Hopkinton. Burial followed in Evergreen Cemetery in Hopkinton. Funeral arrangements were handled by Chesmore Funeral Home of Hopkinton (www.ChesmoreFuneralHome.com).