Former Hopkintonian shares prose, poetry in ‘Behind the Blue Door’ 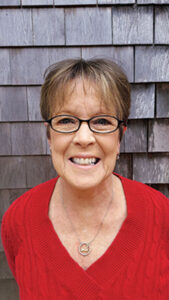 Although now a resident of North Eastham, on Cape Cod, author Marylou Mansfield first moved into a home in Hopkinton during the blizzard of ’78. Along with her husband, Rick, she became ensconced in the community and raised two sons here.

Residents may best remember her as director and lead teacher at the Hopkinton Christian Preschool, where she served more than 30 years. Storytelling became second nature there as she created tales for youngsters to make the Bible come alive and hold their interest.

Over the years, Mansfield has had a full career as a military wife, mother and teacher, but today she cherishes the quiet and solitude found on the Cape. It’s a place where she can devote herself to writing.

Her first book, “Behind the Blue Door,” is a work of fiction — a compilation of prose and poetry, expressions of growth and feelings that reflect her life. 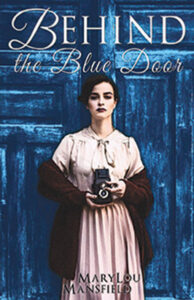 “My life experiences have translated into beautiful expressions of creative thoughts and words intended to heal, encourage, reveal and endure,” Mansfield said. “If you find one word, one thought, one experience to grasp from these writings, I shall be blessed.”

A woman of faith, Mansfield trusts in God for all things. She believes wholeheartedly in using the gifts given her, such as teaching, writing and being a caring wife and parent.

“I don’t take any of these gifts for granted,” Mansfield said. “I truly believe anything that has happened is a gift God has blessed me with and expects me to use.”

She has discovered unexpected freedoms — being bold, spontaneous and fearless in her writing — and has found it makes her hungry to write more.

“My days are complete if I’ve read, written and exercised on the treadmill. Grocery shopping can wait,” she said, adding, “I don’t have to publish everything I write, but I have to write. It’s now who I am.”

Behind the Blue Door is divided into five sections, each representing a sector of Mansfield’s life journey, including military stories (from the wife’s point of view), love poems and short stories inspired by key influencers she wants to remember.

Mansfield has a penchant for employing foreign and archaic words, offering the reader an opportunity to experience a nuanced perspective and perhaps learn something new. She keeps a large thesaurus on her desk and zealously checks the “word of the day” on Facebook and email.

“I keep a list of words no longer used and often find a perfect spot for them in a poem or as the title,” Mansfield noted. “Each has a sound and a taste to it. If I find something that’s really yummy, I want to use it.”

The book is dedicated to her supportive, loving husband, Rick, whom she first met in seventh grade and to whom she has been happily married for more than 50 years. He is her first reader and champion.

“The penned words enclosed in this book are a reflection of the dearest love and gift of freedom a gentle man can ever give to his wife and best friend,” Mansfield stated. “Thank you, my love. I am blessed.”

She has been published in Mused Literary Magazine, a quarterly online publication, and featured in the Kindle edition of “Shadow & Light,” an anthology of prose and poetry written by Dune Hollow Writers of Orleans, of which she is a member.

Happy to give readings, Mansfield has appeared at various locations on the Cape, including the Chat Room, Provincetown Public Library and the Orleans Bookstore.