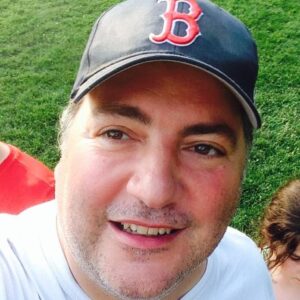 Frank graduated from Saint Mary’s High School in Lynn in 1982 and Northeastern University in 1987, and earned his master’s degree from Cambridge College in 2003. He was very active in Hopkinton town politics, serving as a constable and member of the Planning Board. He also had been a member of the Keefe Tech School Board.

Frank was an avid Boston sports fan; he especially enjoyed watching the Red Sox. A self-taught pianist, Frank was a passionate music enthusiast. He had a large collection of comic books, a pastime he took pleasure in. Most importantly, Frank was a family man. He enjoyed time spent with his family, was a Cub Scout leader and was especially proud of his son becoming an Eagle Scout and his daughter’s artwork. Frank also was a Mason, and in his youth was a member of DeMolay International.

Frank is survived by his father, Francis D’Urso Sr. and partner Beryl Clarke; his children, Francis John D’Urso III and Lucy D’Urso; his siblings, Gina Marie O’Toole and husband Mark, Lisa Marie D’Urso and Michael Orlando; the mother of his children, Emily D’Urso; his nephew, Mark O’Toole Jr. and wife Alicia; his niece, Jacklyn O’Toole; as well as his aunts and cousins. He is predeceased by his mother, Rita (Orlando) D’Urso.

Visitation will be held Saturday, Nov. 27, from 4-7 p.m. at the Chesmore Funeral Home of Hopkinton, 57 Hayden Rowe Street. Interment will be held privately at a later date. In lieu of flowers, donations may be made to Baypath Humane Society, 500 Legacy Farms North, Hopkinton, MA 01748 or baypathhumane.org.