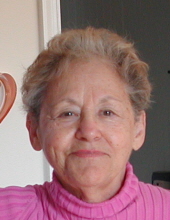 She was a 50-year resident of Clifton Heights, Pennsylvania, where she raised four children with her beloved husband Gaetano A. “Tot” Cipolla Jr., who died in 1998. In her later years Gloria lived near her son and his family in Jenkintown, Pennsylvania, and with her daughter and family in Hopkinton, before moving to Sunrise Senior Living in Abington, Pennsylvania, for the past year.

Gloria was born to Gaetano and Marie (Signoretti) DiNatale on Feb. 28, 1931, in Queens, New York, and graduated from Jamaica High School. As a young woman she worked as a secretary at several menswear company headquarters in Manhattan, until she married Tot and settled near his large and close-knit family in Clifton Heights. Tot was a gifted amateur photographer, and his beautiful wife, who was sometimes mistaken for Audrey Hepburn, was his favorite subject.

Gloria also had true inner beauty; she was a friend, confidante and honorary mom to many. Her radiant smile, warmth and common sense could soothe the pain of a scraped knee, a school or job disappointment, a troubled home life or a broken heart. Next to her beloved children and grandchildren, Gloria’s greatest pleasures included Italian peasant food, finding designer clothes at thrift stores, Audrey Hepburn movies, visits to Boothbay Harbor with Tot and her brother John and wife Marilyn, and anything with whipped cream.

In 1973, Gloria returned to work at Upper Darby High School, where she was secretary to several principals over 34 years before retiring in 2007. She took a special interest in students who were troubled or whose families were suffering hard times, helping them with bus tokens, classroom tips, advice and encouragement. Her biggest thrill on the job was meeting comedienne Tina Fey, an Upper Darby alumna.

Gloria’s health declined over the past few years, and her family is eternally grateful to the special angels who helped care for her and lift her spirits — including Katherine Wright of Northborough, George Robinson of Hopkinton, canine companions Gus and Rita, and the wonderful staff at Sunrise of Abington, where Gloria was affectionately known as “Momma G.”

A funeral mass will be celebrated Wednesday, Sept. 30, at 11 a.m. at Immaculate Conception Church, 602 West Ave. Jenkintown, Pennsylvania. It will be livestreamed via the Joseph J. McGoldrick Funeral Home website (click on Watch Event under her obituary).

Her interment will be private, but another memorial service is planned for the future when it is safe for Gloria’s many relatives and friends to gather. The use of masks and social distancing will be observed.