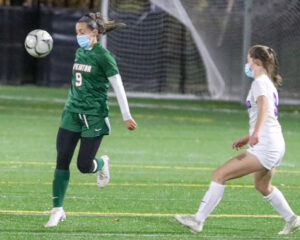 Recent Hopkinton High School graduate Lexi Viehl was selected by the United Soccer Coaches to the High School Scholar All-America Team for 2020-21. The award recognizes players who have excelled on the field as well as in the classroom, with at least a 3.75 grade-point average.

After helping the Hillers to a 6-2-2 record last fall as a senior midfielder, Viehl was named a Tri-Valley League All-Star and earned a spot on the All-Eastern Massachusetts first team as well.

Viehl is headed to Cornell, where she hopes to walk on to the soccer team.

A ceremony will be held in January in Kansas City to honor all of the winners at the United Soccer Coaches Convention. The organization distributes awards to youth, high school and college soccer athletes. …