After a run to the state title game this spring, several members of the Hopkinton High baseball team — along with a couple of alumni — are finding success on local American Legion squads and have another crack at a championship on their minds. 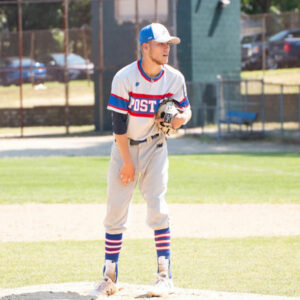 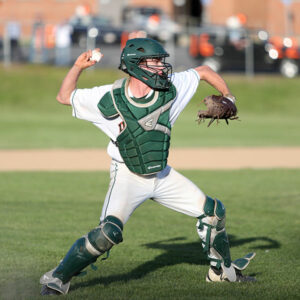 “It’s been great, the whole culture around it, the people who come out to games, it’s been a great experience,” said Leone, who is in his second summer with Milford. “I like being able to play for a team that is competing to win championships.”

Milford added Kelly, Simoes and McKenzie this summer. The latter two have found spots at the top of the Post 59 lineup and headed into the last week of the regular season in mid-July hitting above .500. Leone, who currently plays college baseball at Tufts, said having the new crop of Hillers on the team has been “awesome.”

“I loved my four years playing for the program,” he said. “To be able to get some of those guys and playing with them it’s been great and they really help our team.”

As Milford has risen to the top of the Zone 4 standings, Ashland was the last unbeaten team in Zone 5 as of July 8. Glassburn has been a starting infielder and pitcher for Post 77.

“We are really excited about the way it has been going and we are pretty confident going into the rest of the season that we are going to be able to make a deep run in the playoffs,” the recent Hopkinton graduate said. After competing for Ashland this summer, Glassburn plans to join the baseball program at Catholic University in Washington.

Ashland has its sights set on getting to the state tournament, which will be in Milford this year. As the host, Post 59 is guaranteed a spot in the state’s final eight, but Post 77 will have to emerge as the Zone 5 champion in order to make it to the tournament, which begins July 27 at Fino Field.

“We had three big team goals,” said Ashland manager Jake Obid. “The first is to have a better record than last year, which right now is looking pretty good. The second goal is to win the district playoffs and then win the states. The expectations are high, but everyone has been buying in.”

Obid said he has tried to model his Legion program after Hopkinton High and its coach, Steve Simoes, whose son now plays in Milford.

“Getting to the states, it’s in the back of our minds,” said Rancatore, who like Glassburn is back for his second year with Ashland. “But we still have a lot of games left in the regular season and a lot of good teams to play.”

Despite being nagged by a hamstring injury suffered during the high school season, Rancatore has been able to contribute to the team in a designated hitter role.

“It’s been excellent,” he said of the experience with Post 77. “We have had a lot of success and the team dynamic is great. We have a lot of guys from the different towns, guys I played against during the high school season, and it’s been cool to play with them.”

And even though Milford knows it will have a chance to compete for a state title, Leone said the group is taking nothing for granted.

“We want to win the zone too, the whole aura around Milford is winning,” he said before giving a nod to the Ashland team buoyed by his fellow Hillers. “It’s good to see those guys succeed as well. I’d look forward to seeing them in the states.”