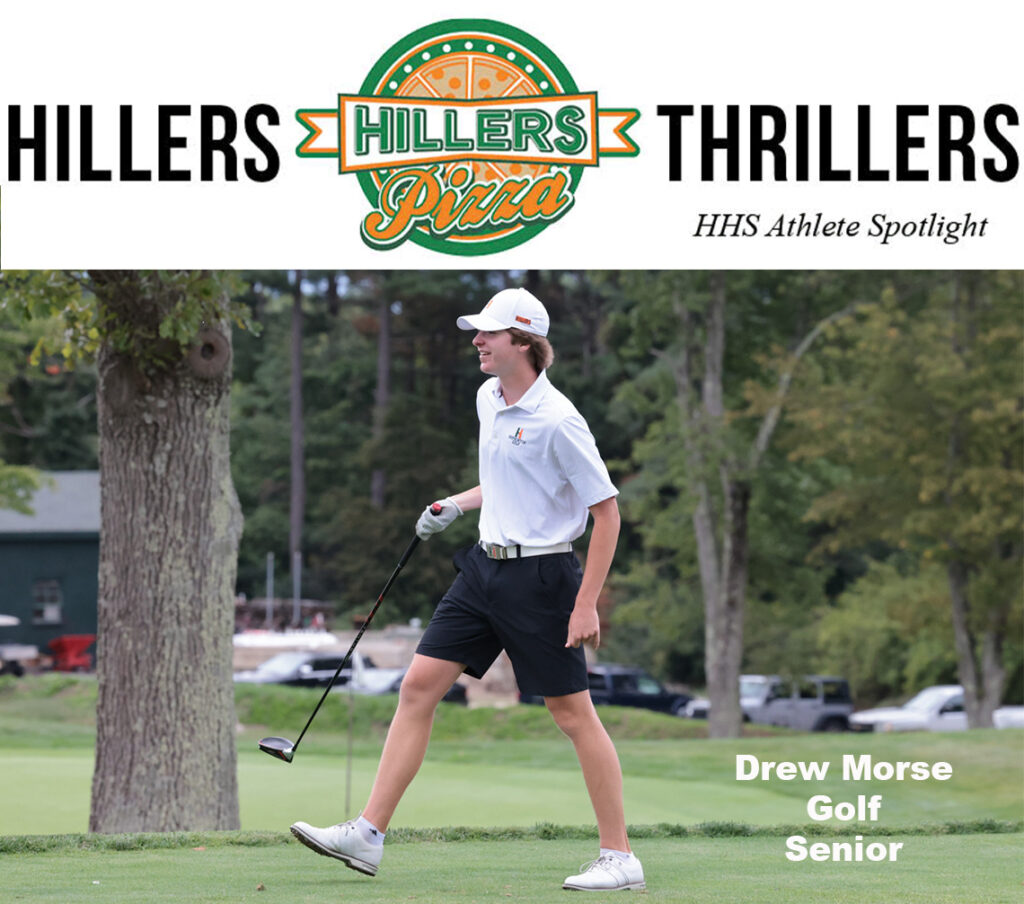 The team’s senior captain, Morse has played as the team’s No. 1 golfer all season. He recorded an average of 38.29 strokes over nine holes, ranking him ninth in the Tri-Valley League. “He is a great leader for the team,” coach Bill Phaneuf said, highlighting Morse for being “incredibly consistent all year.” Morse led the Hillers to an undefeated regular season (14-0).

Hillers Thrillers, sponsored by Hiller’s Pizza, is a new Hopkinton Independent feature. Each week, we will highlight a different Hopkinton High School athlete.