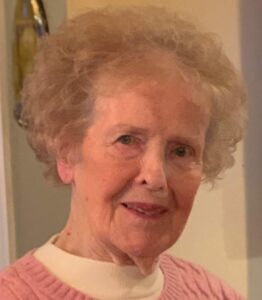 Hilma E. Albrecht, 97, of Hopkinton (formerly of River Edge, New Jersey) died peacefully on Aug. 22. She was predeceased by her husbands, William H. Brewer (1968) and Robert Albrecht (2013), and a son, William Brewer (2021).  Hilma is survived by son Stephen (Gayla) Brewer and daughter Susan (Michael) Daly. She was the cherished grandmother of Haley, Max, Stephen, Samantha and Christopher, and great-grandmother of Jack and Aby.

Hilma was born in Quincy to Hilma (née Rihilla) and Jonas Karhu. She was a longtime River Edge resident and an active member of First Congregational Church, River Edge. Hilma was employed as a medical secretary for many years.

Local arrangements have been entrusted to the Callanan Cronin Funeral Home.