Norman Khumalo is no stranger to fighting for social justice.

The Hopkinton town manager grew up in Bulawayo, a city in the Southern African nation of Zimbabwe, during the 1960s and ’70s, a time of great social unrest in the region.

So the calls for change he is hearing now in America — which has trickled down to small towns like Hopkinton, where residents have requested town officials establish new protocols to help avoid the possibility of racial bias — has a familiar ring to it.

“Having grown up in Zimbabwe at a time when we were fighting for independence … clearly fighting for social justice was a way of life for us growing up,” Khumalo said, noting that his country’s struggles became a global issue. This movement, he said, is different, but there are similarities “in a very broad sense and understanding of social justice, and the way of life as an end to what we desire is part of our Democratic processes, as well as what we saw in real life with people who were actually fighting for it — people were ready to lose their lives, people like [Nelson] Mandela, who was in prison for 27 years.”

Added Khumalo: “I was fortunate to grow up in Southern Africa at that time. Does that come into play in my work here in Hopkinton? Definitely yes.” 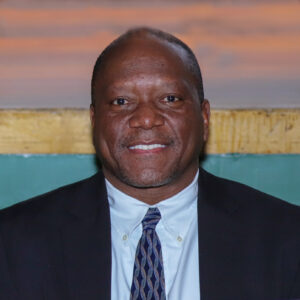 When Khumalo first arrived in the United States in the mid-1990s, it was for a job in Boston where he worked for the non-profit Oxfam International as director of programs in Africa. He eventually altered his focus and started working in town planning for communities in suburban Boston, landing in Hopkinton as town manager in 2009.

As an African American in a town that has very few Black residents, Khumalo said he has had a positive experience here, although he acknowledged, “I’m in a privileged position.”

Not everyone has been as fortunate. Encouraged by the national climate, some individuals are speaking out and sharing concerns. Notably, an Instagram site called BIPOC at Hopkinton, where current and former residents are invited to recount their experiences, features numerous tales ranging from insensitivity to blatant prejudice and homophobia.

Earlier this summer there were two protest rallies on the Town Common in support of the Black Lives Matter movement. Sheila Zarba-Campbell was one of the organizers.

“Let’s face it, we’re a really white town,” Zarba-Campbell said. “I think we need to respect the lived experience of people of color and not just dismiss it. … There have been examples on the [BIPOC] Instagram page that have opened my eyes. I didn’t realize racism existed here at quite the level it does. But how would I know? My kids are white, and they wouldn’t be subjected to that.”

If people accept that there are issues in town, the next obvious question is: What can be done about it?

“I think awareness is important, bringing awareness to the community at large, that racism is affecting people in our community,” Zarba-Campbell said. “And then trying to reduce the racism through things like understanding and education.”

Said Khumalo, who acknowledged hearing concerns from some minority residents: “Do I feel the town needs to do something? I think the answer is, I go back to what I was saying about growing up in Southern Africa, where fighting for social justice is a way of life. The struggle will always be there for social justice.

“What we have learned in life is we will never be able to eliminate the situations where people will be treated unjustly. I have not seen any community that has been able to do that. What I am pointing to is the fact that there is momentum here to continue to work toward making Hopkinton an inclusive community. We may not have been perfect, however it doesn’t mean that this community hasn’t had an interest in reaching its desired goal. It’s simply now what is happening, with the national attention, there is more education on the topic through the media. There’s also a willingness by many groups to form alliances and work on this issue. And that’s a good thing.”

While Hopkinton’s Black population remains minuscule, there has been an influx of people of Indian descent arriving over the last few years.

Meena Kaushik lived in a number of communities in India, attending high school in Mumbai. When she and her husband moved to America for work, she ended up in Framingham, and 15 years ago their growing family — they have three sons — settled in Hopkinton.

“Coming from India, we were part of the majority,” she said. “And even living in Framingham you didn’t feel it so much. But you come to Hopkinton and you immediately become a minority. I wouldn’t say it was a shock, but it was an adjustment.”

Like many, Kaushik was attracted to Hopkinton because of the highly regarded school system. However, their oldest son did not have a positive experience — “At the time the school said it was classic bullying, but it could have been more than that. I don’t know,” Kaushik said — and eventually left for a charter school in Marlborough.

“This was many years ago,” Kaushik noted. “Our schools have come a long way, I will say that.”

While she said her overall experience in town has been positive, Kaushik said she would like to see more community engagement. As a member of the South Asian Circle of Hopkinton, which puts on South Asian-themed events throughout the year, Kaushik said the turnout of non-South Asians tends to be very limited.

“We find people very supportive, but the challenge that we always have is we want to include people, we want to invite the non-Asian, non-Indian people to take part in our events. And we have not had much success,” she said. “Last year’s Festival of Colors on the Town Common, we thought we had done a good job of publicizing it and we were expecting more people to come, it was a free event, but we didn’t have so many people. And even the people who stopped by, we invited them to join and they were like, ‘No, no, no, you guys have your celebration.’ And we were like, “No, it is for everyone.’ That’s the one thing we don’t know how to engage. We want to give what we have from a cultural perspective, the fun aspects, and we want to include everyone in our celebrations, our culture, our food. That’s one thing that we have a challenge with.

“When I talked with other friends who are not Indians I said, ‘Do you know how I would feel in a completely white majority, like when you’re having a St. Patrick’s Day celebration? I still come, because I want to be part of the local culture. But do you see how I would feel?’ ”

At a School Committee meeting in June, superintendent Carol Cavanaugh discussed a plan to work on diversity, inclusion, equity, social justice and anti-racism. She indicated there would be an effort to address “implicit bias” by looking at things such as textbooks and the curriculum as a whole.

Cavanaugh also emailed the school community, and she said the response was encouraging.

“When I sent out my email in the wake of the George Floyd incident, I did have many, many parents who reached out to me,” she said. “A couple of parents had dissenting views, but for the most part the people who reached back to me were people who were wondering how they can get involved or what more the schools were doing. That was really refreshing. There was even a parent who said she was thinking about beginning a community group, and would the schools be willing to align themselves as partners. And certainly we would.”

“I had one mom who shared with me an email that in the beginning she was unsure about moving to Hopkinton because it is — it’s growing more and more diverse every day — but at the time she moved here it was a largely white community,” Cavanaugh said. “So when she reached out she was happy to hear that the schools administration was willing to take an anti-racist stand and was wondering about some of the changes we would be making to our practices and our curriculum.”

Another concern for many is the lack of diversity among teachers — and all town departments.

Both Cavanaugh and Khumalo, as well as Police Chief Joseph Bennett, said they have made efforts to diversify their staffs — advertising nationally, including (at least in the case of the schools) specifically with historically black colleges and universities (HBCU) — with little to show for it.

“I think that we have already started that work to some degree, and it is very true that we just do not get a lot of minority applicants in Hopkinton,” Cavanaugh said, echoing comments from other town departments.

The social justice movement in Hopkinton did not start this summer. In 2017 the town voted to change the preamble of the Town Charter to include the following language: “The Town of Hopkinton welcomes residents of all races, ethnicities, religions, abilities, gender identifications and sexual orientations; the Town of Hopkinton, further, is committed to providing a climate of safety and acceptance to all residents. The Town of Hopkinton will actively address and resist acts of discrimination, bullying or intimidation.”

And, Khumalo said, after one issue is addressed, there will be another close behind.

“[What’s happening now] doesn’t mean Hopkinton has been doing something wrong, it simply means the idea that we will eliminate the need for social justice is not correct,” he said. “There will always be reasons to fight for social justice. Today it may be racism, tomorrow it may be oppression, the following day it may be economic imbalances or health disparities.”

It remains to be seen how much staying power this current movement will have and what changes emerge.

According to Khumalo, the movement is as simple as 1-2-3.