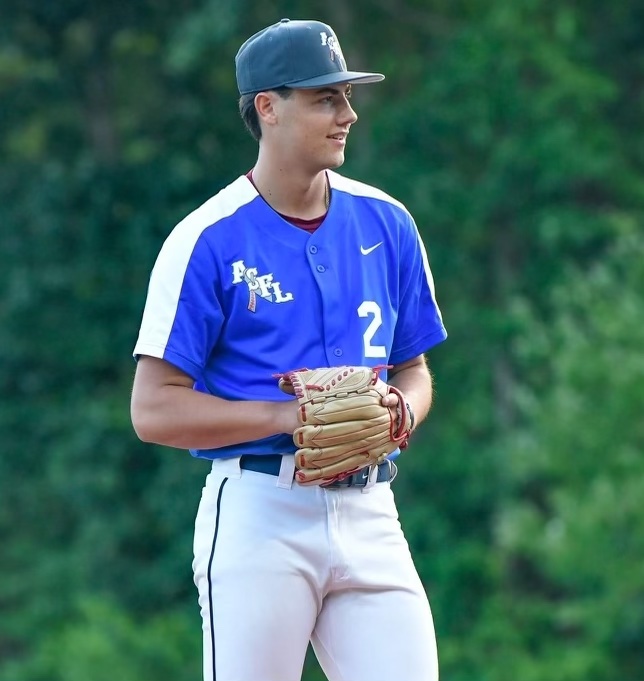 Hopkinton resident and Dexter Southfield prep baseball standout Dante Pavone proved himself to be a standout in fundraising as well, bringing in $10,500 to support A Shot For Life during a recent baseball skills showcase.

The amount made Pavone the top fundraiser and the winner of the ASFL Red Sox Award, a prize sponsored by the Red Sox Foundation. But simply getting the chance to be one of only 18 pitchers selected to take part in the exclusive event was an accomplishment in itself.

“They are looking for the 18 best pitchers in the state,” Pavone said. “It’s a pretty rigorous process to try to get invited to this.”

A Shot For Life started in 2010 as a basketball fundraiser aiming to benefit cancer research and since has added baseball showcases. The baseball event began with a home run derby and expanded to include competitions for pitchers like Pavone. The first step to being selected is to be recommended, and then the applicant has to go through an interview process.

Each player who participates has to demonstrate both exceptional skill on the field and exceptional character. And they are asked to commit to fundraising to back research that hopes to make removing brain tumors easier.

Pavone said the pitchers participated in three events, all of them involving precision from the mound and farther back, including a bowling event in which pitchers had to try to knock down pins.

“It was tough but it was really cool,” Pavone said. “It was a lot harder than simply pitching to a batter.”

The charity began in 2010 when founder Mike Slonina shot a basketball for 24 straight hours after his mother was diagnosed with a potentially malignant brain tumor. Pavone said he was honored to be able to take part in the program and help continue the work Slonina started more than a decade ago.

Pavone said he appreciated the support from all of the families in Hopkinton who aided his fundraising efforts.

“They were incredibly generous,” he said.

Pavone is in his final year at Dexter Southfield and will be playing baseball for Bucknell University next year. He recalled a whirlwind tour of different schools in Pennsylvania, but Bucknell stood out to him right away.

“I went there and I fell in love with the campus instantly,” he said. “I loved everything about the school.”

Pavone’s interest in playing for the Bison was cemented after he was able to get to know the coaching staff and learn more about the university.

“It’s a great baseball school and a great academic school,” he said. “So it was the perfect fit for me.”