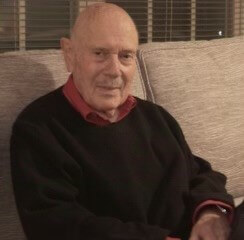 Howard W. Wolk, of Brookline and Falmouth and formerly of Natick, passed away March 9 after a 19-month battle with pancreatic cancer.

Howard grew up in Waterbury, Connecticut, the son of Clarence and Rose (Sigal) Wolk. He attended the Taft School, Yale University and Columbia University Graduate School of Business. He served two years active duty in the U.S. Army as a lieutenant and retired as a captain. In 1962 he married Nancy (Sugarman) Wolk of Fall River — “The best thing I ever did,” he often said. Together they were blessed with three daughters, Lisa Larcenaire and husband Dave of Newton, Sarah Bechta and husband Paul of Northborough and Falmouth, and Amy Bellville and husband Dean of Northborough, and six grandchildren, Julia and William Larcenaire, Jamie and Lainey Bechta, and Anna and Sadie Bellville. He leaves a brother-in-law and sister-in-law, Arnold and Lynn Wolk of Sarasota, Florida, a sister-in-law and brother-in-law in Gainesville, Florida, Bahira Sugarman and Shaya Isenberg, and a brother-in-law in Greensboro, North Carolina, Ken Caneva.

In his younger days, Howard was general manager of the weekly newspaper Boston After Dark, which became the Boston Phoenix. Later he went on to become president of Valpey Fisher Corporation of Hopkinton, a manufacturer of electronic components. In retirement, he pursued his lifelong interest in automobiles and joined Foreign Motors West in Natick, where he became the company’s No. 1 Mercedes salesman, and No. 1 in New England. To this day, many of his clients have remained his friends. Howard served on the board of the Natick Service Council for 20 years, being president of the organization twice during that time. He, along with his wife, was an active member of Temple Beth Elohim, serving on many committees, including the Board Advisory Committee, and founding TBElle, the temple’s very popular and successful adult education program that showcases the talents and interests of fellow congregants.

Howard was proud of his ability to be observant and both analytical and creative. He was an inveterate punster and storyteller, weaving jokes into the current topic of conversation. He was genuinely interested in others and loved to host them in his homes in Natick and Falmouth.

Services, under the care of Brezniak Funeral Directors, were held at Temple Beth Elohim, Wellesley, on March 11, followed by interment at Beit Olam East Cemetery, Wayland. In lieu of flowers, donations in Howard’s memory may be made to the Adult Education Committee of Temple Beth Elohim, 10 Bethel Road, Wellesley, MA 02481, or Good Shepherd Community Care, 160 Wells Avenue, Newton, MA 02459.