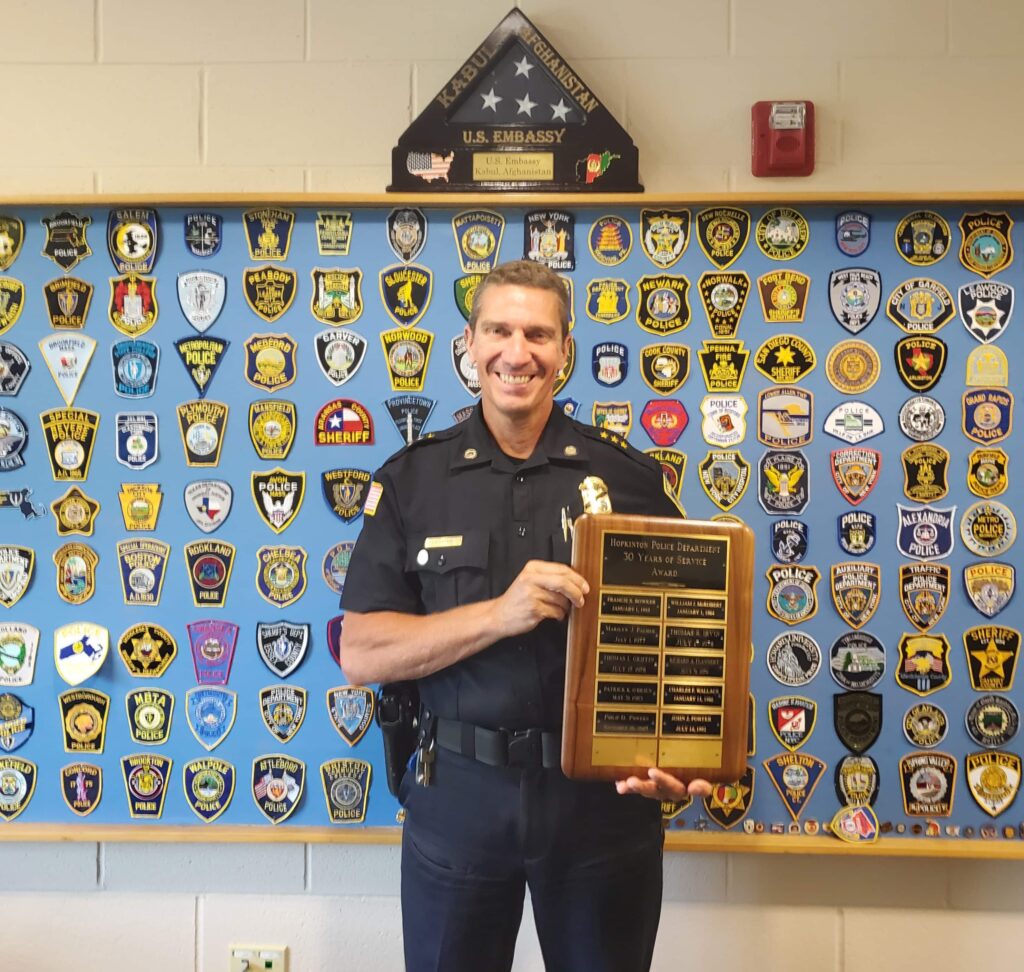 Hopkinton Police Deputy Chief John Porter marked 30 years of service with the department on July 14. His name was added to the HPD 30 Years of Service Award plaque in recognition of the milestone.

“We were thrilled to recognize Deputy Chief Porter’s years of service on Thursday and all he has achieved during his 30 years with the department,” Chief Joseph Bennett said. “He has shown a true commitment to bettering this department and serving the Hopkinton community, and we are fortunate to have him as a member of the Hopkinton Police command staff.”

Porter joined the Hopkinton Police Department in 1992. He moved through the ranks, serving as a patrol officer, detective, sergeant and lieutenant before being appointed deputy chief in October 2021. He also was the department’s first school resource officer and built the foundation for the program as it is today.

Porter has worked many major cases, including the Neil Entwistle case, during which he traveled to England as part of the investigation. He also is the only member of the department to receive the Medal of Valor, which recognized his work taking into custody an apparently suicidal person armed with a knife who had doused a home with gasoline and attempted to light it on fire.

He also has been selected as the Mothers Against Drunk Driving (MADD) Officer of the Year four times.

Porter ran the Boston Marathon once as a bucket list item. He has been married to his wife — his high school sweetheart — for 27 years and they have two children.