HPS to again apply for state reimbursement to replace Elmwood 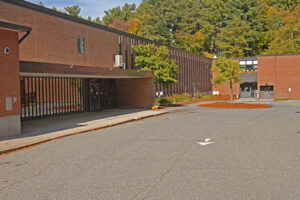 The district would like to replace the deteriorating Elmwood School with a new building, but the state has repeatedly passed over Hopkinton when it comes to eligibility for reimbursement funds.
FILE PHOTO/STEVE McGRATH

The Hopkinton Public Schools will be throwing their hat in the ring again with the Massachusetts School Building Authority, hoping to be chosen to receive reimbursement funds for a new elementary school.

The district’s application to the MSBA was declined in January, causing the district to reevaluate the next steps regarding the future of its school buildings.

“We were very hopeful that we would be invited in to be able to start a building project that would address some of our elementary building needs,” superintendent Dr. Carol Cavanaugh said in early January, after Hopkinton was informed that it was not chosen again this year.

This past year 61 communities in Massachusetts applied to be included for partial reimbursement on new building or significant renovation projects, and 11 were invited into the process of getting reimbursement from the state.

“I asked why, because with our enrollment issues I felt we had a pretty good chance [of being chosen],” Cavanaugh said at that time. “We were told that the invitations are based on need, and we were not as needy as those who were selected.”

During the Feb. 6 School Committee meeting, Cavanaugh announced that her department was going to try again, with the SOI due to the MSBA by Feb. 28.

Elmwood was built in 1964 and is showing its age, Cavanaugh said. The school, which was built on a Tennessee Gas line, contains significant asbestos. All of the windows open, but they do not have screens.

“In June and September when the teachers would like to leave the windows open overnight to cool the classrooms down, but now that we are in the era of EEE [Eastern equine encephalitis], you can’t do this,” she said.

The school’s cafeteria is markedly overcrowded even with four lunch periods, and the play area is too small to accommodate current, not to mention future, enrollment. The school also is a geographical outlier, which causes issues with transportation.

“[Elmwood] currently has two modular classrooms [that have been in place for 14 years] and we will be adding four more [recently approved at Town Meeting],” Cavanaugh noted. “There is not another inch to put another modular on.”

Cavanaugh said a study done in 2012 indicated that Elmwood needed approximately $6.5 million in repairs, and to date only $2 million of those repairs have been done.

With the rapid enrollment growth in the district over the past few years and the potential for an additional 1,000 students over the next 10 years, the district has been analyzing future possibilities for the school buildings. During a Dec. 5 public forum, the results of a recent capacity study and recommendations for restructuring the schools were presented. The proposals included building a new three-story Grade 2-5 school on the Todaro land (on Hayden Rowe Street, just south of Marathon School), renovating Hopkins School to enable it to hold Grades 6-7, and connecting the middle and high school, having Grades 8-9 primarily on the middle school side with Grades 10-12 on the high school side.

A second option proposed was to build two new separate elementary schools — one for Grades 2-3 and one for Grades 4-5. Although it would mean that the grades could have separate spaces, it would increase initial capital and ongoing operational costs as they wouldn’t be able to share resources due to being in different buildings.

“It will now be a six-year window,” she said. “There will need to be some serious decision-making in the town of Hopkinton.”

The town used MSBA funding to build the Marathon School, receiving $13,779,363 in reimbursement on the total construction costs of $47,129,373, or 29.2 percent reimbursement. A district does not have to use MSBA funding for a school building project, but if it doesn’t it would bear the full cost of the project.

“There is never a guarantee that Hopkinton will even be invited in [to the MSBA program], but in the meantime there are many, many kids at our doorstop and we are predicted to have many, many more over the next decade,” Cavanaugh said.

Cavanaugh recommended that the district continue on with the feasibility study that would have been done as a first step of the MSBA process regardless.

“This way in the event we are not invited in next year we will know what are the costs of some of our options,” she said.

Several School Committee members commented on the importance of involving the community in the process.

“This is going to be a big project and it is important that we bring the community along with us from the very start,” School Committee chair Meena Bharath said.