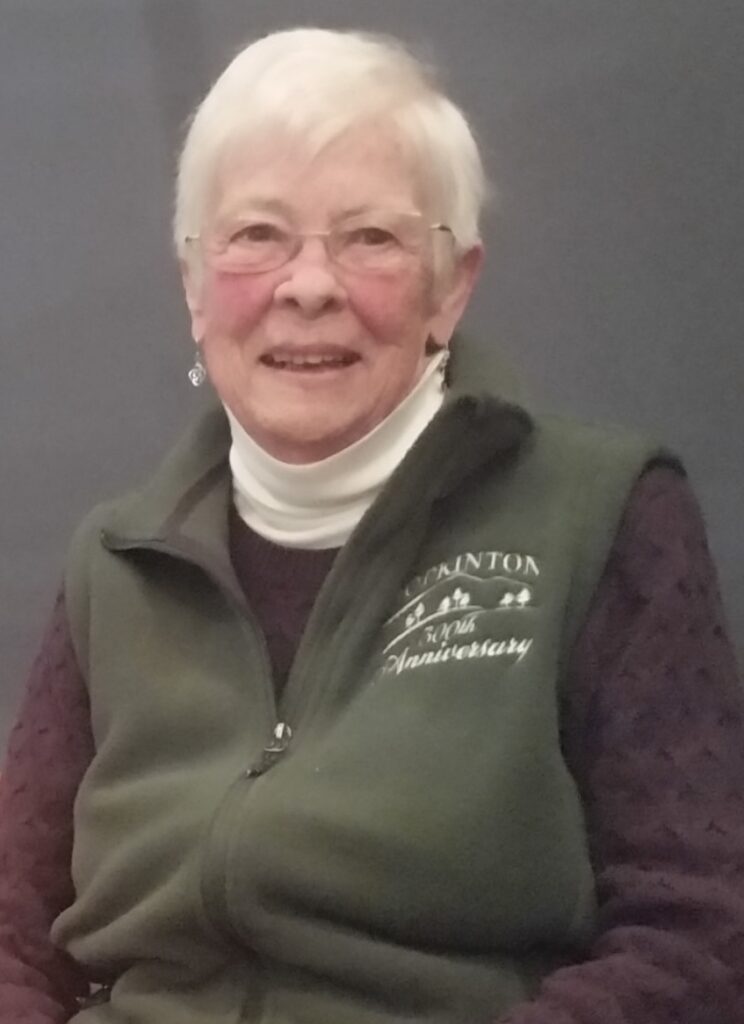 Mary Harrington was not one to hold back — both her opinions and in the time she spent volunteering to make Hopkinton a better place.

Harrington, who died last month at the age of 86, served on a number of boards and committees, including the Select Board, for which she had a stint as chair. She also was one of the founders of the Hopkinton Youth Commission, ran the local Girl Scout chapter and worked to provide rides and meals for neighbors in need.

“Mary was the original townie,” said another former Select Board chair, Brendan Tedstone. “She knew everybody and everything about the town. Her family and our family rival each other for who’s been here the longest.

“She was initially my treasurer when I ran for Select Board the first time. She schooled me on local politics and what to do. Any time I had a question about anything, rather than research it, I would ask her what she thought about it and she would research it and get the answer. She knew Hopkinton inside and out.”

Tedstone said Harrington was known for being direct and unafraid to share what was on her mind.

“She would never hold her tongue,” Tedstone said. “If you asked her a question, you were getting an unabridged answer, honest, concise, no beating around the bush.

“There’s not enough time for me to say what an awesome person she was,” Tedstone added. “Politically, she was great for Hopkinton. For me, she was a steadfast, solid supporter from back when I was stealing pumpkins with Dave, her youngest child [she and husband William also had three daughters]. She did a great job of bridging — keeping old Hopkinton but welcoming some of the new stuff long before all the new stuff came in.”

Tim Kilduff, best known for his work as the town’s liaison to the Boston Marathon and as a consultant to the Hopkinton Chamber of Commerce, recalled a memorable first meeting with Harrington.

“My introduction to local politics was when Mary schooled me at the first Hopkinton Annual Town Meeting I attended,” he shared. “The lesson was delivered in her straightforward and frank style. Despite the initial difference, she was always ready to listen and ultimately support ideas that added to Hopkinton’s well-being. In short, Mary is irreplaceable. The best we can ask for is for her family and the community to remember how much she loved both.”

Also of note, the town lost another longtime resident and volunteer last month with the passing of Dick Stewart at the age of 91. Stewart was a longtime employee and eventual co-owner of Pyne Sand and Stone when it was headquartered in town. An Army veteran, Stewart volunteered with the Hopkinton Fire Department and had a stint as deputy chief.

Longtime resident Russ Phipps was in the spotlight late last month as he celebrated his 101st birthday in style. On Dec. 28, there was a drive-by celebration in front of his home on Winter Street. Phipps still lives in the home he built after returning from serving in the Army Air Corps in World War II.

The drive-by included an appearance of a Sherman tank (on a flatbed truck), courtesy of the American Heritage Museum in Hudson. There was a small gathering of friends and family, including daughter Marcie Caporizzo and son Rusty Phipps. (His wife of 71 years, Doris, passed away in 2015.)

“I can’t come up with words to describe [what it means], you people doing all of this,” Phipps told the crowd after being serenaded with the “Happy Birthday” song. “I’m amazed is all I can say.”

The following day, Phipps visited the American Heritage Museum and shared his story with media outlets including WCVB-TV and The Boston Globe.

While he laments the loss of those who did not survive the war, including his brother-in-law, who was a close friend, Phipps said sometimes a situation calls for urgent action.

“Be prepared to fight; freedom isn’t free,” Phipps said. “If it comes to the point where you’ve got to stand up and fight, you’ve got to do it.”

In turns out that the farm animal that had been wandering free on Ash Street and previously referred to as a bull and a steer actually is a heifer — a young female cow. We now know this because, after a few months of sauntering into residents’ backyards and living in the woods, the heifer has been corralled.

Curt and Eve Varner, owners of a small farm off Ash Street, stepped up to adopt the cow when they saw the situation becoming dire.

“She would have died,” Curt Varner said.

They named her Harriet, and she spends her days grazing among sheep. The Varners own four other cows who live in an adjoining pen, and they are giving Harriet time to adjust before trying to have them all share space.

“She’s very skittish, which is understandable after what she’s been through,” explained Curt, who noted Harriet is about 300 pounds under her ideal weight of 1,000 pounds.

Harriet, who escaped when she was taken from another farm to the slaughterhouse down Ash Street, had been visiting the Varners’ farm during her time on the loose. Town officials struggled to come up with a way to capture her.

“We’ve been working on this since late summer,” said Bill Proctor, the town’s animal control officer. “We couldn’t get anywhere near it. Luckily, the cow stayed in the woods and didn’t really bother anybody.”

Eventually, the Varners stepped up to assist. They already had erected a second fence to keep Harriet away from their other cows, as there was some tension between them. So they opened their smaller pen and placed food inside it. One day when Harriet ventured inside, Eve snuck around and closed the pen.

“She found herself a new home with new friends,” Proctor said. 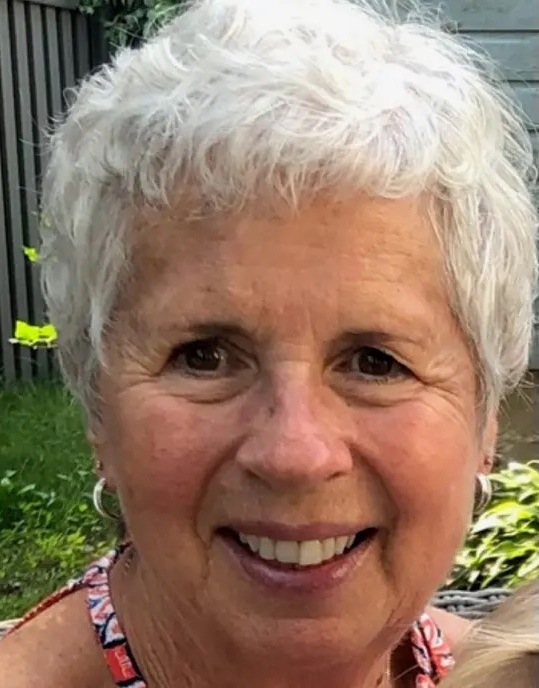 Congratulations to Project Just Because volunteer Bette McBride, who was named a New England Patriots Difference Maker of the Week last month.

According to the announcement, McBride has been volunteering as a leader in the food pantry’s free grocery store a minimum of two full days a week for more than three years. Each day she helps an average of 60 households/families as they shop in the food pantry.

“Bette greets everyone with a warm welcome and ensures that their food pantry experience goes smoothly,” the announcement reads. “Her efforts and hard work keep the food pantry process at Project Just Because running efficiently, while bringing an element of hospitality. Patrons typically come to Project Just Because during a hard time, and Bette makes it a more dignified, low stress situation for customers during those times with her friendly, confident disposition upon greeting and getting patrons out the door.”