A drive-by birthday celebration was held Wednesday to honor Russ Phipps on his 101st birthday. Phipps still lives in the home he built on Winter Street after returning from serving in World War II.

“I can’t come up with words to describe [what it means], you people doing all of this,” Phipps told the crowd after being serenaded with the “Happy Birthday” song. “I’m amazed is all I can say.”

Phipps will participate in another event Thursday at the American Heritage Museum in Hudson. 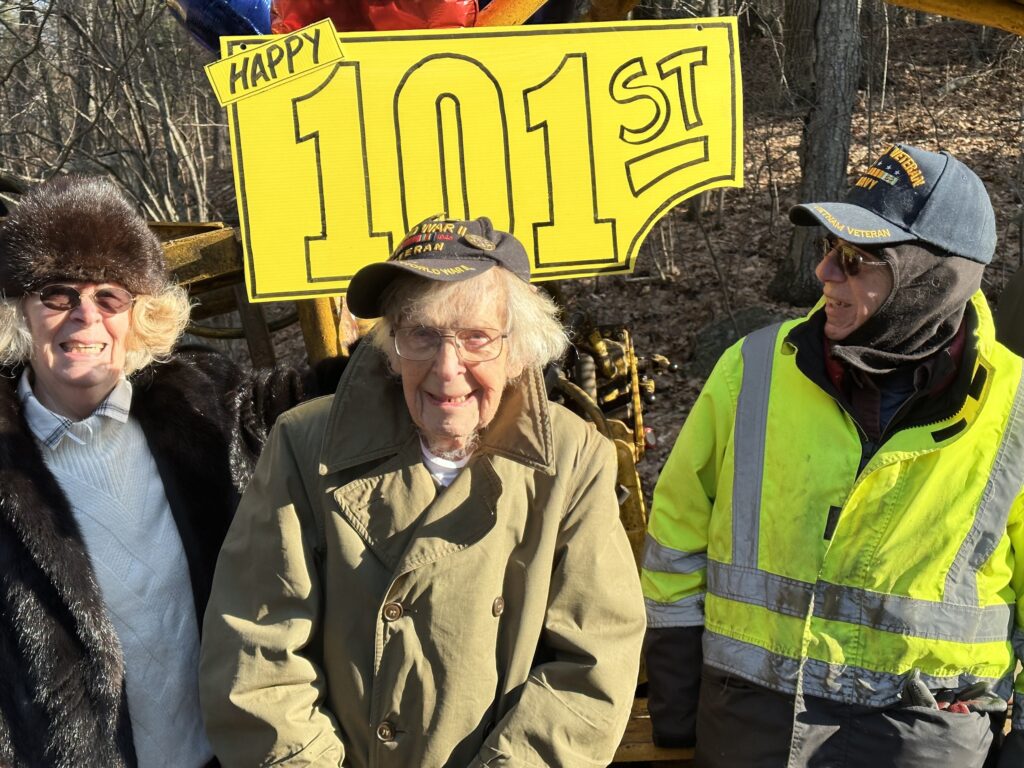 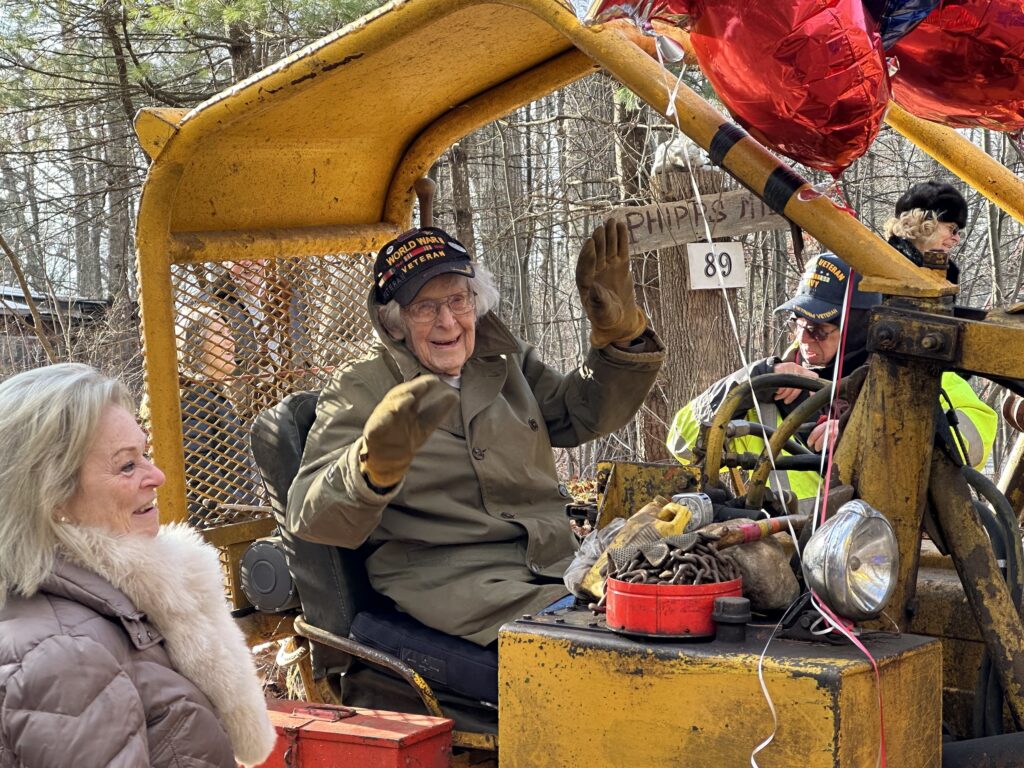 Phipps drives to the festivities in his tractor. PHOTO/JERRY SPAR 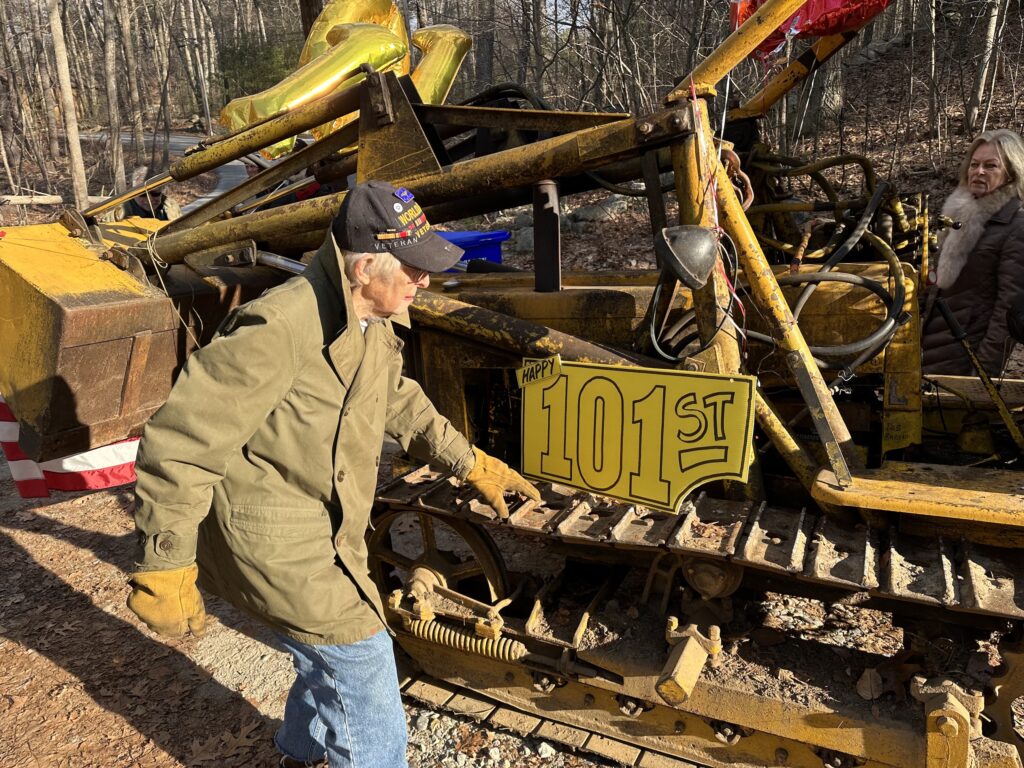 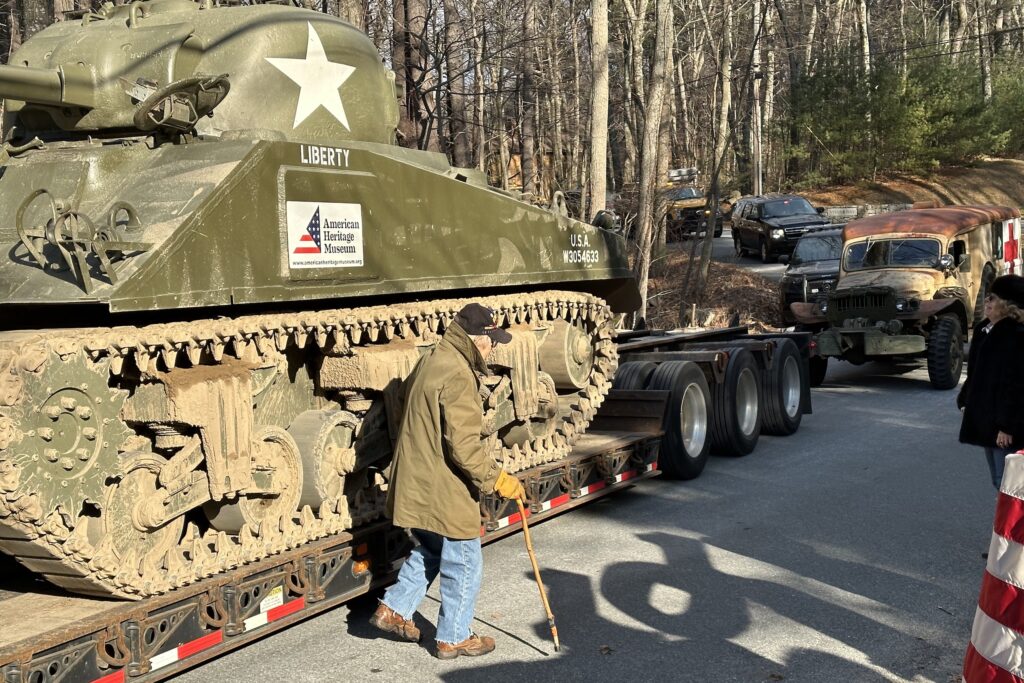 Phipps checks out a Sherman tank that was sent from the American Heritage Museum for the event. PHOTO/JERRY SPAR 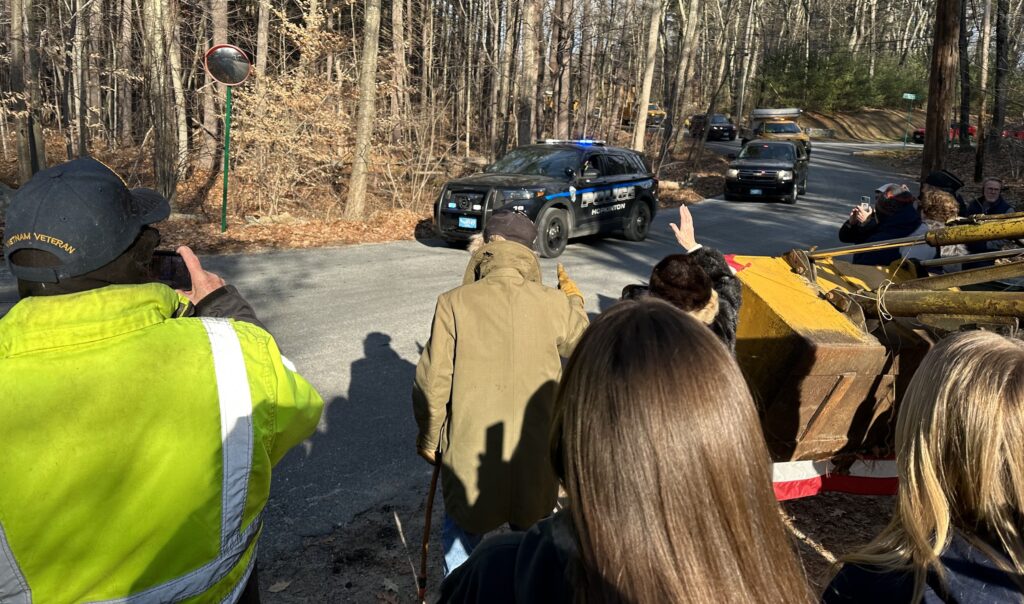 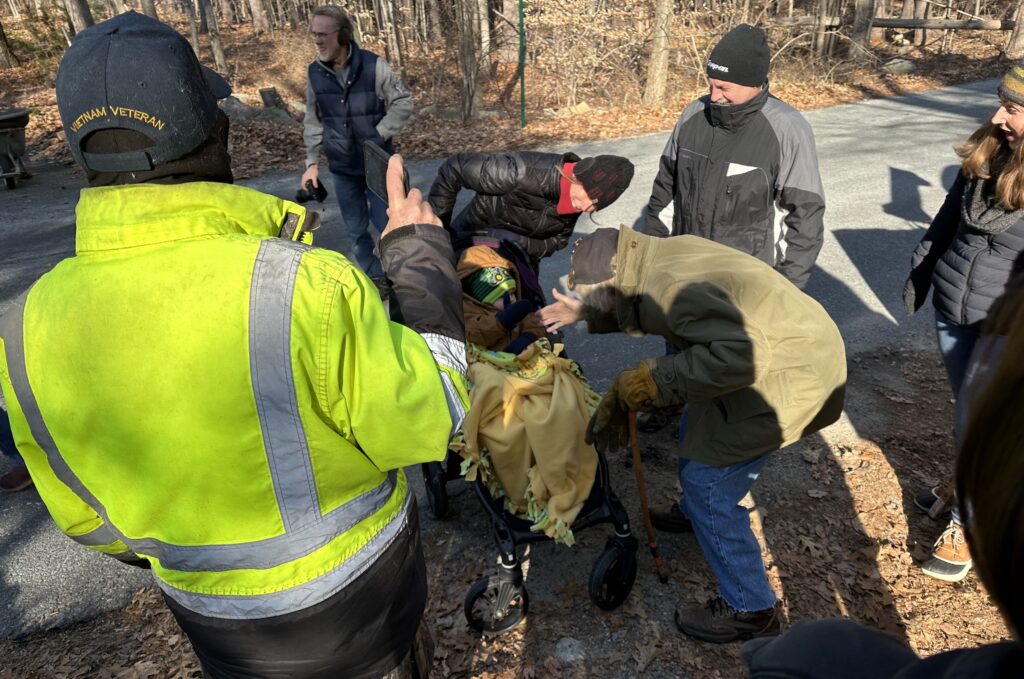 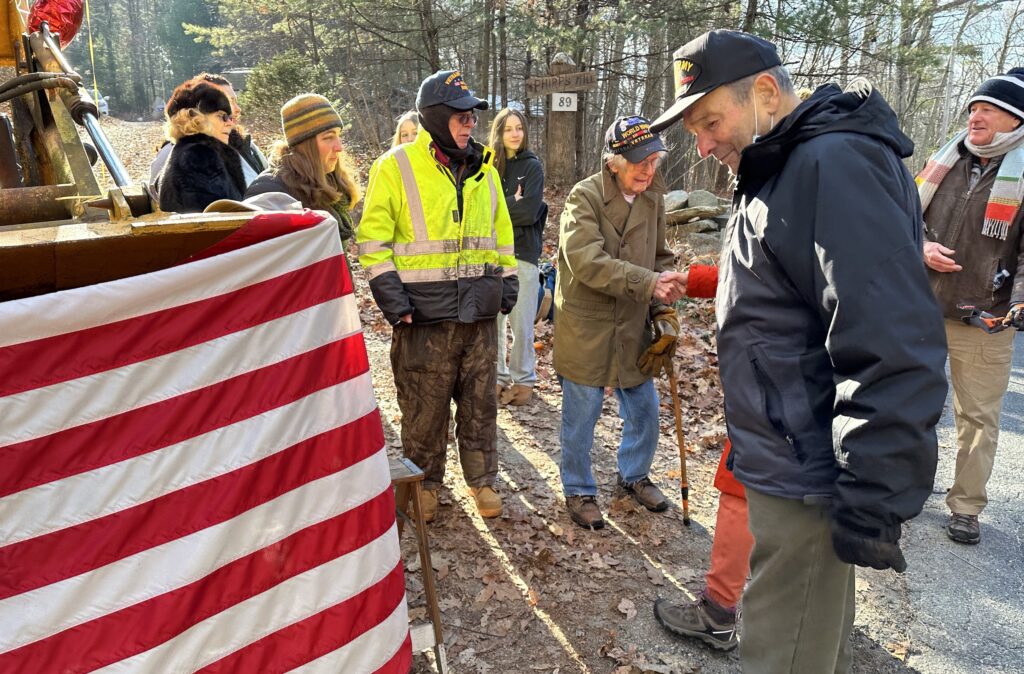 Phipps says hello to some of the attendees. PHOTO/JERRY SPAR