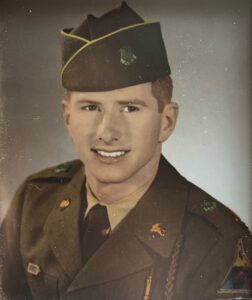 James T. Deignan of Kennebunk, Maine, formerly of Natick and Framingham, passed away on July 25 at the age of 91.

He was the beloved husband of the late Barbara A. (Maguire) Deignan, who died in 2000. He was the son of the late Julia M. (Sheahan) and Joseph L. Deignan of Natick and Holliston. He was a U.S. Army veteran of the Korean War, a graduate of Natick High School Class of 1949, Burdette College and Northeastern University, and a longtime employee of the Boston Edison Company.

He leaves two daughters, Maureen B. Bennett of Hopkinton and Kathleen M. Arsenault of Haverhill, and three grandchildren, Sean and Maille Bennett of Hopkinton and Nicole L. Arsenault of Haverhill. He was a brother of Thomas J. Deignan of Portland, Oregon, and the late John W. Deignan and Mary Louise Sanclemente, both of Natick.

A private funeral Mass was held at St. Patrick Church in Natick. In lieu of flowers, donations may be made to the American Cancer Society.