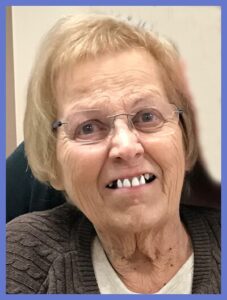 Janet Marie Baker, 72, of Hopkinton passed away Dec. 15 at her home surrounded by family.  She was the daughter of Edith Buttlar and wife of David Earl Baker, who died in 2013. She was a graduate of Dedham High School, Class of 1967. Janet spent many years as an advocate for special needs children and went on to become a dispatcher and driver for Accept Transportation Services.

A funeral service will be held Tuesday, Dec. 21, at 11 a.m. in Christ Lutheran Church, 113 Union Street, Natick, with burial to follow in Glenwood Cemetery in Natick. Visiting hours will be held Monday from 4-7 p.m. in the Matarese Funeral Home, 325 Main Street, Ashland.