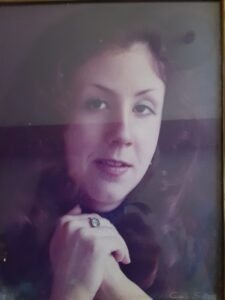 Janet Ellen Titus, 65, of Woonsocket, Rhode Island, passed away at Landmark Medical Center in Woonsocket on Sept. 6. Born in Milford, she was the daughter of the late Ruth (Ingalls) and Clyde Rice. She was the beloved wife of 44 years to Gregory Titus.

A 1974 graduate of Bellingham High School, Janet went on to graduate in 1978 from Eastern Nazarene College, where she met and dated Greg for three years prior to their marriage. Janet worked for 22 years at CVS in Woonsocket as an order picker. She also taught Sunday School at Bethany Assembly of God in Mendon and the First Congregational Church in Hopkinton.

Visitation will be held on Sunday, Sept. 12, from 2-5 p.m. at the Chesmore Funeral Home of Hopkinton, 57 Hayden Rowe St. A funeral service will take place in the funeral home on Monday, Sept. 13, at 10:30 a.m. Burial will follow in Blue Hill Cemetery in Braintree. In lieu of flowers, donations may be made to The Autism Project, 1516 Atwood Ave., Johnstone, RI 02919 or theautismproject.org.