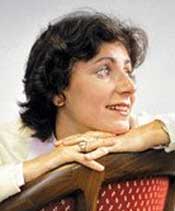 Jill M. (Kaufman) McPhee, 66, of Harvard passed away peacefully on Jan. 8 at her residence in the Golden Pond Assisted Living facility in Hopkinton.

Jill was born in Pittsburgh on Nov. 4, 1954, a daughter of the late Col. Lee S. and Belle (Schwartz) Kaufman, and grew up in France and Parsippany, New Jersey. In 1975 she earned her bachelor’s degree in mechanical engineering from Rensselaer Polytechnic Institute, followed by a master’s degree from the Massachusetts Institute of Technology. During her career, Jill worked as a nuclear engineer at Brookhaven Laboratory, a computer engineer at Digital and Compaq, and a submarine sonar technician for the U.S. Navy.

A resident of Harvard for 40 years, Jill was known to her friends and family as a brilliant and quirky woman. She played the French horn in a community orchestra and ran the New York Marathon. Glamour Magazine featured her as one of its “Outstanding Working Women” of 1979. At 4 feet, 10 inches tall, her small stature hid her big personality. Jill enjoyed gardening, attending book club meetings and watching classic movies. Most of all, she was a loving mother who devoted her life to spending time with her two children.

A graveside service was held in the Bellevue Cemetery in Harvard on Jan. 15. A recording of the service may be found at my.gather.app/remember/jill-mcphee. A memorial service will be held later in the year. Services are under the care of the Anderson Family Funeral Homes of Ayer.