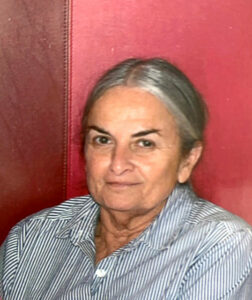 Joanne “Susie” E. Deletti, 72, passed away Nov. 4 after an extensive struggle with cancer. She was born in Boston, the daughter of the late Charles and Stella (MacDonald) Poirier of Canada and wife of the late Stephen A. Deletti Jr.

Joanne, a 1965 Hopkinton High School graduate, received her degree in computer science from Newbury Junior College. She was a highly valued employee at Digital Equipment Corporation for many years, while also working at the Raddison hotel in Marlborough. Joanne most recently found great pleasure working with the residents of Golden Pond in Hopkinton.

Joanne was a movie enthusiast and enjoyed sewing, scrapbooking, traveling and spending time with her family.

She is survived by son Stephen Deletti III of Marlborough, daughters Andrea Foley and Danielle Torres, son-in-laws Peter and Marko, and her three cherished grandchildren, Peter, Audrey and Danika, all of Florida.

Joanne was the youngest of 10 siblings and is survived by her sister, Mary Carey, in addition to her niece, Marie Braley, both residents of Hopkinton, along with many nieces and nephews across the United States.