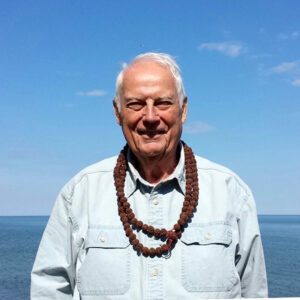 Dr. Mosher was a passionate and gifted teacher and continued teaching long after his retirement. His holistic views of medicine, agriculture, ecology, biology, religion and spiritualism were decades ahead of their time. His teachings reached thousands and were the foundation of contemporary sustainability, organic gardening and spiritual growth. He taught countless seminars and workshops on topics close to his heart: holistic health, meditation, shamanism, Tai Chi, and, most of all, expanding spiritual awareness. He also made himself available to counsel others throughout the years.

John grew up on a farm in Phelps, New York. He enjoyed organic gardening and was a lover of nature and the outdoors. He never forgot his rural roots and authored the book “The Green Fields of Home.”

John was surrounded by his loving wife and family during his last days. He continued to teach and counsel even in his final hours. He will forever be remembered as a devoted husband, father, grandfather, uncle and friend who was a never-ending source of unconditional love.

Those wishing to share a memory or send the family a condolence can visit harrisfuneralhome.com.