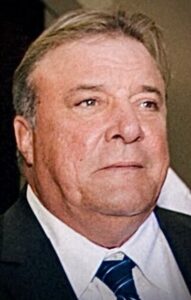 John E. Martin, 62, of Holliston and formerly of Ashland, passed away unexpectedly after a period of declining health at his home. Born in Framingham, he was the son of the late John and Elizabeth (White) Martin. John worked for many years transporting cars at Adessa in Framingham.

He is survived by one son, Michael Martin of Franklin; three sisters, Maureen Iarussi and husband Paul of Ashland, Christine Tofani and late husband Angelo of Ashland, and Mary Ellen Pettepit and husband Fran of Hopkinton; two brothers, Tom Martin and wife Diane of Spencer, and Greg Martin and wife Paula of Westminster; and many nieces and nephews.

A funeral service was held June 8 in the Chapel of the Matarese Funeral Home, Ashland. Burial was private.