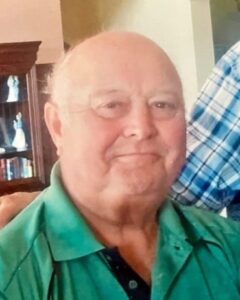 Robert J. Healy, of Plainville and formerly Millis, passed away on June 3 after a period of declining health. Robert was born on March 5, 1941, to the late Regina Rogers (Lucier) of Millis, and he was the beloved husband of Nancy (Will) Healy.

Bob (as he was known to many) was a man of faith, and an active member of his community.

Always ready to help out and to get involved, Bob was a founding member of the Millis Drug and Alcohol School Committee. He was a member of the School Committee for nine years and was the chairman of the renovation of the Clyde Brown School. He was also the founder of Millis Pride Day, and he sang in the Bicentennial Choir.

When his sons were younger, he was a Pop Warner coach, and he serviced for 35 years on the Millis Fire Department. In the course of that career, he rose to the rank of Deputy Fire Chief. Bob also worked for many years as a self-employed carpenter, and later as a maintenance supervisor for the Millis Housing Authority.

Involved with his church as well, Bob sang in the choir of St. Thomas the Apostle Church and had many fun times with the choir members and its director, and he was invaluable in the painting and stenciling of the interior of the church.

He was the devoted father of Robert J. Jr. of Millis, Gordon of Martha’s Vineyard, Timothy of Nashville, Tennessee, Joseph of Bellingham, Amy von Hausen of Hopkinton, and Karen Afonso of Franklin. He was a proud grandfather to Amanda Healy, Robbie Healy, Julia Healy, Meredith Healy, Emily Healy, Madison Healy, Willa Healy, Nathan von Hausen, Catherine von Hausen, Avery Afonso and Ayden Afonso. Robert also leaves behind his brother Chuck and wife Roberta of Florida, and sister Geraldine Garvin and husband Rich of Natick, but was sadly preceded in death by his brother Michael of Missouri.

Bob always had a smile and he loved to camp and travel. He made friends wherever he would go. Although he and Nancy, his wife of 33 years, had some fun-filled 15 years in sunny Florida where Bob loved to golf, Millis was always his home.

A memorial service in Robert’s honor was held June 7 at St. Thomas the Apostle Church, Millis,. A celebration of life followed the service at the Millis Fire House. Services were under the care of the Roberts Mitchell Caruso Funeral Home, Milford.