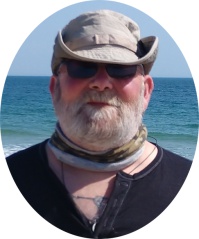 Longtime Hopkinton postal carrier Joseph H. Cook, 59, passed on Oct. 19 at MetroWest Hospital in Framingham after being stricken ill. He is survived by his loving wife of 28 years, Dianne M. (Hill) Cook.

He also is survived by his two children, Kaitlynn M. Muse and husband Stephen of Uxbridge, and Jacob B. Cook and companion Tiffany Daigle of Upton; his mother-in-law, Ruthie Holmberg of Upton; sister-in-law, Kristin Proulx of Worcester; many cousins including his special cousin he considered his sister, Roberta Smart and husband David of Uxbridge; many nieces and nephews and great-nieces and nephews, tons of great friends; his sister-in-law, Sherry L. Briar of Centerlia, Washington; his close family friend, Luke Burgess of Pawtucket, Rhode Island, and his cat, Jack. He was very excited to be a “Papa” as his son Jake and companion Tiffany are expecting a baby girl. He was predeceased by his adopted son, Brian Adams, who passed in 1989, his brother, John Cook-Snay, his father-in-law, Andrew Holmberg, and his brother-in-law, David Benoit.

Born in Attleboro on March 7, 1962, he was the son of the late Joseph B. and Virginia (Winchell) Cook. He was raised in Uxbridge and lived there most of his life. Joe worked as a postal carrier for the past 25 years in Hopkinton. He was commonly referred to by his friends and family as a “workaholic,” so it’s to no surprise he worked up until the day of his passing. Joe was a super-friendly man and couldn’t walk down a street without either speaking to someone or spotting a distant relative. He enjoyed watching anything supernatural or sci-fi on TV, fishing with his son, or going on “adventure drives” with his wife. They did this for years, and there wasn’t a place in Massachusetts that Joe couldn’t get to while avoiding highways. He and his beloved wife often shared lunches in their car while he was on a work break. He was an amazing man who was loved by so many. He will be sorely missed.