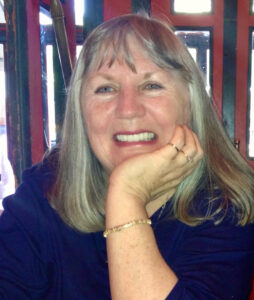 Karen Harvey Cox, 72, of Hopkinton passed away unexpectedly at home on Jan. 6. She is survived by her husband of 33 years, Edwin B. Cox Jr., and daughters Ashley Cox of Hopkinton and Sarah Cole and husband Michael Cole of Cary, North Carolina, along with her joy, three grandchildren, RJ and Brayden Gibson and Logan Cole. She also is survived by her mother, Doris Harvey, sister Susan Ann and husband Bob Messier, niece Martha, and sister Lynne and husband Steve Drinkwater.

Born in Queens, New York City, and growing up on Long Island, Karen was the daughter of Doris and Francis Harvey. Karen later traveled the world with her husband and two girls, including living in Hong Kong and Toronto, raising her family abroad.

Before starting a family, Karen was a successful businesswoman in Manhattan, working at Xerox and Morgan Stanley. With a lifelong love of art, Karen also was an accomplished water color and fabric design artist of more than 40 years. She was published in several magazines, including in 2015, when she was published in Victoria Magazine for her hydrangea Cape Cod pillow.

Karen is remembered as a devoted mother, wife and grandmother (Mammaw). Her joy came from her family and creating beautiful things. Karen was a believer of Jesus and cherished her close relationship with Christ. She loved inspiring people with faith, sharing words of encouragement and hope through her artwork. She was the writer and self-publisher of several children’s books, including “The Thankful Coat,” which is used to teach in classrooms around the world today.

A private memorial and celebration of life will be held at a later date. Arrangements are under the care of the Chesmore Funeral Home of Hopkinton. In lieu of flowers, donations can be made to St Jude’s Children’s Hospital, of which Karen was an avid and longtime supporter.