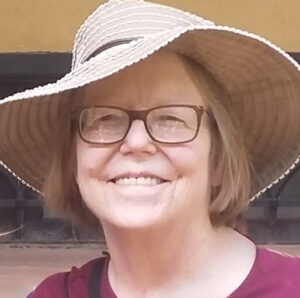 Katharine “Kate” Brownlee Gasser, 75, of Hopkinton passed away at Massachusetts General Hospital in Boston on Aug. 13. Born in New York City, she was the daughter of the late Emily (Graves) and Robertson Sillars. She met her future husband, Morrie Gasser, in college, and they have been together ever since, happily married for 53 years.

Kate held a bachelor’s degree in mathematics from the University of Chicago and a master’s degree in mechanical engineering from the Massachusetts Institute of Technology and was licensed as a professional engineer. In her career, she worked for technology companies as a computer programmer and mechanical engineer. Her hobbies and talents included chess, painting and drawing. In 1962, at the age of 14, she played in the U.S. Women’s Chess Championship in New York City, and in 1963 she won the U.S. Women’s Open Chess Championship in Chicago. She was a lifelong member of the U.S. Chess Federation. She was passionate about contributing to the community, working as a volunteer teaching chess, helping at the Greater Boston Food Bank, and teaching mathematics at the Cambridge Community Learning Center.

Kate will be remembered as a kind and compassionate woman who cared deeply for her friends and family. She was strong-minded but scrupulously fair and honest, always concerned for others. She handled life’s ups and downs with a song in her heart. We are eternally grateful for her treasured presence in our lives.

Besides her husband, she is survived by two children, Daniel Gasser of Danvers and Rebecca Gasser of Rehovot, Israel, and her siblings David, Janet and Tony Sillars. She also leaves behind three grandchildren, Noa Yaish, Emma Pliska and Dylan Gasser.

A graveside service will take place at 11:30 a.m. on Thursday, Aug, 18, at the Framingham/Natick Jewish Cemetery, 39 Fairview Avenue, Natick. In lieu of flowers, please make donations to the Friends of the Community Learning Center in Cambridge. Arrangements are under the care of the Chesmore Funeral Home of Hopkinton.