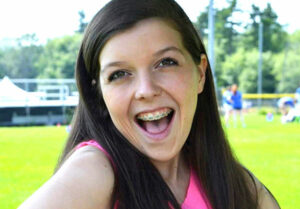 Since Abbie Benford’s death from anaphylaxis shock in 2013 at the age of 15, her family has led efforts to develop treatment in an attempt to avoid a similar tragedy.

In the six years following Hopkinton High School sophomore Abbie Benford’s death due to a severe allergic reaction, the project named after her has moved ever closer toward its goal of creating a device to prevent future tragedies.

Formed as a joint initiative between the KeepSmilin4Abbie Foundation and the Wyss Institute at Harvard, Project Abbie continues development on a device for early detection and treatment of anaphylaxis — a life-threatening reaction to food, medicine, insect stings or latex. Support from the foundation, began in 2013 by Abbie’s parents, Stephen and Amy, goes toward the Wyss Institute’s research of anaphylaxis and creation of technologies to combat it.

“That’s more than three kids in every classroom,” he said, adding: “We have an opportunity here to help a lot of people with an unfunded problem.”

Benford said the key to quick treatment of anaphylaxis is early detection.

The foundation primarily supports the Wyss Institute through fundraisers, one of the featured fundraising events being the annual KeepSmilin4Abbie field hockey tournament. This year’s event is July 27 from 12-4 p.m. at Teamworks in Northborough.

The sixth rendition of the event will pit a handful of teams against one another in a round-robin warmup tournament, followed by an exhibition match for the KeepSmilin’ Cup between the Hopkinton High School varsity and community alumni. The event also will feature a raffle, silent auction and live music by Steve Spector.

Since the Benfords created the foundation, it has raised more than $100,000 for research through fundraising and donations.

These proceeds have helped Wyss Institute develop a number of technologies aimed at preventing anaphylactic shock, including an electronic micro-sensor called abbieSense. It can determine the severity of a reaction within a five-minute timespan based on histamine readings. 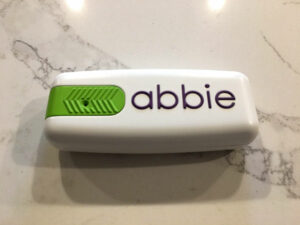 Using funds raised by the Benford family and the KeepSmilin4Abbie Foundation, the Wyss Institute is developing an auto-injector for histamine as part of the Project Abbie initiative.

Late last year engineers also completed designs for an auto-injecting needle to deliver epinephrine, which prevents anaphylaxis from escalating to a life-threatening stage.

Eventually the two technologies will work together, enabling the right dose of epinephrine based on histamine levels and other anaphylaxis symptoms.

Stephen Benford said the final product is likely “a ways off” and that he would not be comfortable putting a timeline on it.

Support for the Benford’s mission has been critical to their progress thus far. A month after Abbie’s tragedy, the Hopkinton community responded not only with emotional comfort but also about $10,000 worth of donations to Food Allergy Research and Education (FARE), headquartered in Virginia.

Benford also reported an urge to action by community members. It inspired him to return to Boston Children’s Hospital a month following Abbie’s death to meet with Dr. Benjamin Matthews, who treated Abbie. Talking with Matthews about the symptoms of anaphylaxis, Benford realized he wanted to take action with the funds that had recently flowed to him.

Matthews introduced Benford to the Wyss Institute, whose translational research labs stood out to Benford. Translational research aims to link laboratory findings to real-world medical problems and in turn provide solutions more quickly to those in need of medical help.

Dr. Matthews, who has since become a personal friend to the Benfords, also began a new research initiative in March.

He has an intern looking to monitor, measure and help identify problems in respiratory performance that occur during anaphylaxis. Respiratory distress is a precursor to cardiac arrest, a stage Abbie herself entered during her reaction.

Benford said Abbie would be thrilled by the progress made by the foundation and the Wyss Institute so far.

“I’d say she’d be tickled by it, she’d really be proud of it, and proud because this is something that will help other people,” he said. “When Abbie was a student at Hopkinton High School, I can remember her coming home … and I remember talking about seeing new students in school in the cafeteria sitting by themselves. … We would talk through what it would be like to include them, include those new students. As a freshman, then a sophomore, she would approach those new students and help them try and become a part of the Hiller community and bring them to a table with her friends. So Abbie had a very empathetic streak in her that really revolved around helping other people.”