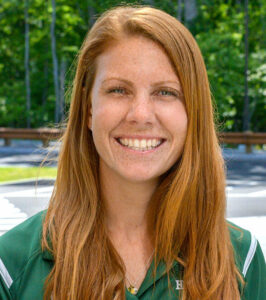 The search is on for a new athletic director at Hopkinton High School, after Dee King announced she was stepping down due to family reasons.

King, who has served as the school’s athletic director since 2016, announced her decision in an email to the HHS athletic community on July 23.

“Though this is not a change I anticipated coming and a very tough decision for me to make personally, I am very grateful that I will now have the chance to be more present at home in order to provide better support for my family,” King wrote. “I also feel very blessed that I will have the opportunity to continue working in the district this fall as a counselor at the high school.”

Prior to becoming athletic director, King had served as a guidance counselor for the district since 2008. The Framingham native is a graduate of Trinity College and earned her master’s in education/school counseling at Boston University. With a strong background in athletics — primarily as a standout basketball player and coach — King made the switch to become HHS athletic director in 2016.

This past school year, King oversaw a highly successful program. The golf team won its second straight state championship in the fall, while girls soccer, boys hockey and baseball all made state title game appearances.

The coaches credit King with setting a positive tone for how the athletic department should be run.

“Dee has been so supportive of our program during her time as AD,” HHS girls basketball coach and math teacher Mike Greco said. “She’s been an invaluable resource to me, personally, and she’s been such an enormously positive influence for so many students and athletes at Hopkinton High School. I’ll miss working with Dee in the same capacity, but I completely support her decision to put her family’s needs first and I’m happy that I’ll get to continue working with Dee in her new role.”

Added cross country/track coach Jean Cann: “Dee has been a fantastic boss and mentor. She took the time to get to know each coach and athlete and tried to get to as many competitions as possible. Our [Tri-Valley League] indoor track and field championship is always held on a Saturday night in Boston and she was there. It meant a lot to the athletes and to me to have her support. Whenever her duties called her elsewhere when we had a meet, I could count on a call or text from Dee later checking to see how it went. While I will miss her as athletic director, I am happy that I will still see her in the building in her role as counselor. The students who gain her in that capacity are very lucky.”

King, in an interview, said she values much more than the success of the Hillers on the scoreboard — specifically noting the addition of a couple of new teams.

Unified sports is a program that joins students with and without intellectual disabilities on the same team. The students train and play in games together as a way to foster friendship and inclusion. During King’s tenure, HHS has added both a unified track and field and basketball program.

King said that stepping down from her position as AD will be “bittersweet,” as she was always amazed at the strength and compassion of the HHS student-athletes.

“Beyond having exceptional athletic careers, they are just great kids,” she said. “It is so refreshing to see kids that can be so good at something and still be so humble. To see them excel in so many areas and still be such kind people is a nice thing to witness.”

With the start of the fall sports season just weeks away, the district had to move quickly to initiate the search process for King’s replacement. King said she has no worries that the school will find a qualified individual to move the program forward.

“[HHS principal] Evan Bishop is very good at hiring excellent teachers and staff members, and I feel very confident that he will find the right person to fill this role,” she said.