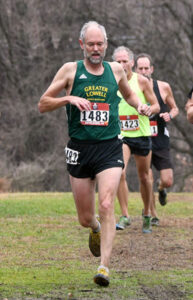 As the decades have run by, Peter LaGoy has never stopped running.

The 60-year-old Hopkinton resident joined elite company on Feb. 8 when he became one of three people in the world recognized for having completed a sub three-hour marathon in six decades, running the Phoenix Marathon in a time of 2 hours 58 minutes, 33 seconds.

“There’s a lot of people who can run faster marathons than I can, or faster runners. But it’s sort of a duration, having done it over lengths of time, and there’s some just luck of having hit those years,” LaGoy said. “To be one of three people in the world to have done something is pretty cool.”

LaGoy is part of a group of 40-some people who have run verified sub-three-hour marathons over a five-decade span, according to research by the Association of Road Race Statisticians. In search of a race in early 2020 to reach six decades, the group settled on the Arizona race, which originated in Mesa before moving to Phoenix.

“Two [people in the group] did it in Houston, and they both ran [2:58] as well,” LaGoy said. “So they were the first two to get to six decades. And then three of us tried it in Mesa, and I was the only one in that group to get under [three hours].”

LaGoy’s group joined forces with a few other runners with similar goals. One runner dropped out at 11 miles after his hip gave out and another after 13, leaving LaGoy and one other to fend for themselves.

“We just kind of kept the pace pretty even. So once I got to 20 miles, I was pretty sure I’d be able to do it,” LaGoy said. “It was pretty exciting. It also felt like a weight off, because if I didn’t do it then I would have had to run another marathon somewhere.”

Now in his seventh decade of life, LaGoy believes he is a better runner today than in his earlier years. He recalls his best marathon, a near-2:45 time at the Big Sur Marathon in California, when he pushed himself too far.

“I was probably the first person to go by where the [crowd] clapping went from supportive clapping to ‘Ooh.’ The medical people grabbed me when I finished, which was some indication,” LaGoy said. “I was running on empty, quite literally.”

Now living in the mecca of marathons, LaGoy has been afforded plenty of opportunity to run the Boston Marathon.

LaGoy has run Boston three times, once running the fastest time among Hopkinton residents at 3:02. His final attempt was memorable, too.

“[I] tried to drop out the last one but we had a little mix-up as to where I thought my family would be, so I ended up not dropping out and ended up finishing,” he said. “Frankly, I was pretty happy once I did get done with it.”

Despite a lifetime of marathoning, LaGoy insists he is fine not being a regular participant in Hopkinton’s claim to fame. 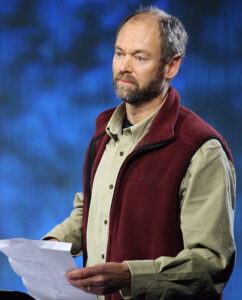 In addition to running, Peter LaGoy volunteers his time to work on trails in Hopkinton.

“For so many people, it’s just such a huge goal of theirs that, you know, it’s better for them to have a spot than for me,” LaGoy said. “I live right by the start line. I can walk down and get the Marathon experience, and most people can’t.”

LaGoy has lived in Hopkinton for nearly 27 years after relocating from Walnut Creek, California, for a job and to be closer to family. He works as an environmental scientist conducting risk assessments to evaluate the health effects of chemicals.

Not surprisingly, LaGoy enjoys spending much of his free time outdoors. He is the chairman of the town’s Trail Coordination and Management Committee and was an integral part in the fundraising and building process for the Center Trail and Echo Trail.

“Building trails in town and working on trails I really love,” LaGoy said. “I like being outside, so cross-country skiing this time of year is really wonderful, running on trails, hiking, snowshoeing, mountain biking, all those kind of things I love doing.”