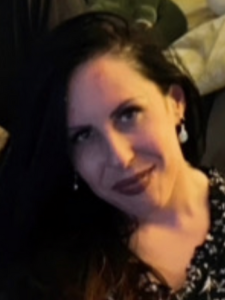 Lauren was a 2009 graduate of Hopkinton High School. After attending Quinsigamond Community College, she pursued a career as a Veterinary Assistant. Lauren never met an animal she did not love.  If an animal needed a home, she put her whole heart into finding one – including with friends and family who learned unsuspectingly that they had a new furry family member. Most recently, Lauren worked at Doginhaus in Park City, Utah, where she was beloved by its patrons, her coworkers, and the dogs she cared for, until her chronic Lyme Disease made it impossible for her to perform the job.

Lauren had plans to study psychology and follow in her father’s footsteps as a mental health counselor.  Her empathy and kindness would have made her a natural. Lauren was happiest when she was outdoors, especially near the ocean or in the mountains. During a cross-country trip, she fell in love with Utah. Although she missed her family and friends, she adored the rugged grandeur of the west.  Lauren was a gifted photographer who was able to capture the beauty of her new home in pictures. Whether it was skydiving or riding roller coasters or exploring places she had never been before, Lauren was fearless. Creative as she was, she captured her many adventures in photos and entertaining videos which she posted on Tik Tok.

Lauren found passion and purpose in joining her mother in long treks around the country, powering through pain to participate in the Komen 3-Day walks to raise money for breast cancer research.  She had already planned her next trip to Texas next October, peppering her Facebook posts with “please give – anything will help”. Lauren was funny, smart, and as beautiful inside as she was on the outside. The world is now a little less bright and heaven has another angel.

Besides her parents and her husband, Lauren is survived by her brother Alexander Toloczko of Shrewsbury, her beloved fur babies, Neptune and Axl, her aunt and godmother, Susan Ouellette of Woodstock, Maryland, her aunt Karen Ouellette of Tewksbury, Massachusetts, and her uncle and godfather, George Ouellette, his partner, Sandi Wallace and Lauren’s cousin, Hope Ouellette, all of Noank, Connecticut. She was preceded in death by her adoring grandparents Sally and George Ouellette, formerly of Chelmsford, and Catherine and Mitchell Toloczko, Sr., formerly of Canton.

A celebration of life for Lauren will take place at 10 a.m. on Thursday, Oct. 13, at St. Michael’s Church, 1162 Highland Street, Holliston. In lieu of flowers, Lauren would have loved donations to Baypath Humane Society of Hopkinton, 500 Legacy Farms North, Hopkinton, MA 01748 (baypathhumane.org), or Susan G. Komen for the Cure, P.O. Box 650309, Dallas, Texas 75265 (komen.org). Arrangements are under the care of the Chesmore Funeral Home of Hopkinton.