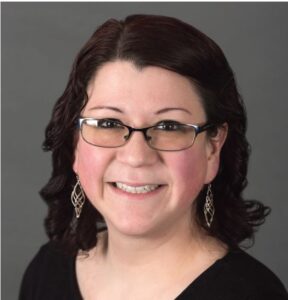 Laurie Joanne Bilodeau, 32, of Maynard and formerly of Westborough, passed away peacefully on July 23 with loving family by her side after a courageous battle against cancer.

Born in Framingham, she was the daughter of Thomas A. and Maryanne (Pratt) Bilodeau of Westborough. She was the granddaughter of the late Joseph and Mary Pratt of Hopkinton. In addition to her parents, she is survived by her sister, Kelly Marie Bilodeau; her nephew, Aiden David Bilodeau, who she adored; and many aunts, uncles, cousins and close friends. She was raised and educated in Westborough and was a 2006 graduate of Westborough High School. She received an MBA (concentration in marketing) from St. Leo University in Florida, where she was a sister and president of Gamma Upsilon sorority.

Laurie was an administrative manager for the Neurology Foundation and Sleep Center at Boston Children’s Hospital. Laurie was known across the hospital as a kind, selfless and talented leader who always put her colleagues, patients and families first. Laurie was a recipient of the Boston Children’s Hospital “Bravo! in Excellence” award in January, noting her accomplishments and contributions to the hospital’s mission.

Laurie’s motto was “living the dream.” She lived each day to the fullest. She was one of a kind and lit up every room she walked into, as she brought life and sparkle to everything. Laurie, also known as “Auntie RaRa,” loved the ocean, painting, crafting and entertaining her friends and family at her home in Maynard. She was known for her quick wit, sassy personality, infectious laugh, beautiful smile, punny humor, giving heart, and love for life.

The world lost a beautiful soul and she will be dearly missed by all.

Her funeral Mass was celebrated July 30 in St. Luke the Evangelist Church in Westborough, followed by burial in St. Luke’s Cemetery. Services are under the care of the Pickering & Son Upton Funeral Home.