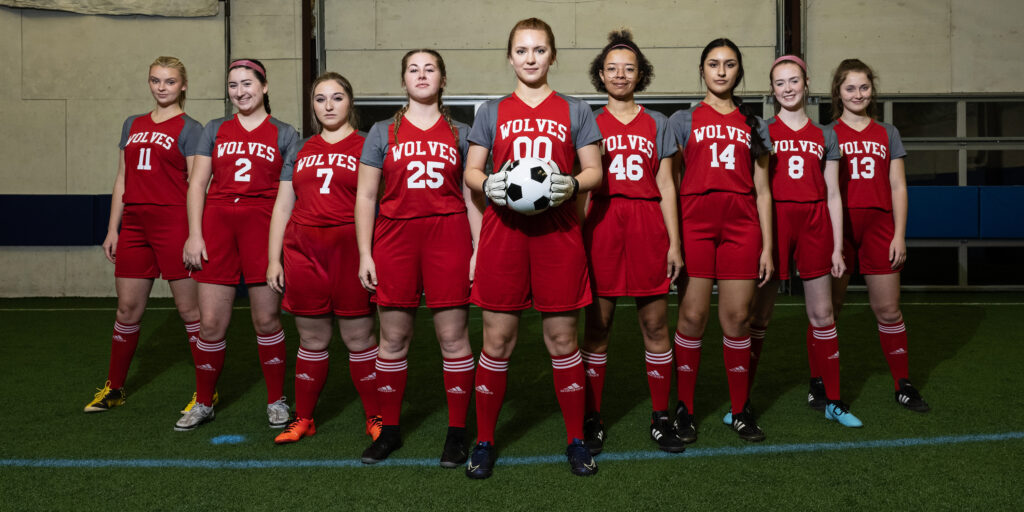 Hopkinton’s Kelsey Breslin and Erin Belger will appear in the Franklin Performing Arts Company’s presentation of the play “The Wolves” Jan. 6-8 at The Black Box in Franklin.

Directed by New York actress Ali Funkhouser, the all-female-identifying case of 10 is comprised of young professional artists, collegiate actors and student apprentices from the Franklin School for the Performing Arts.

As described in a press release, “The Wolves follows a girls indoor soccer team. From the safety of [its] suburban stretch circle, the team navigates big questions and wages tiny battles with all the vim and vigor of a pack of adolescent warriors. A portrait of life, liberty, and the pursuit of happiness for nine American girls who just want to score some goals.”

Breslin is studying musical theater at the University of Tampa, while Belger is a Frankin Performing Arts Company apprentice.

For tickets and more information, visit THEBLACKBOXonline.com or call the box office at 508-528-3370.