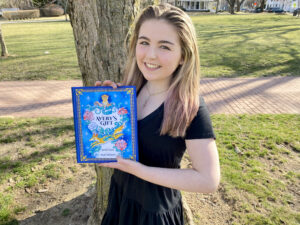 On Aug. 5, 2009, Avery Toole was lying in a hospital bed at Boston Children’s Hospital, battling a heart condition.

That was an all too familiar location for the Hopkinton 5-year-old.

The day after she was born, in April 2004, she was diagnosed with hypoplastic left heart syndrome, known as HLHS.

In 2009, she was in the hospital most of the year, beginning in March. She was on life support multiple times. Then, her health critical, she was placed on the list for a heart transplant.

At the same time, some 750 miles away, Dalton Lawyer, an energetic and caring 8-year-old boy, was riding his bike while visiting family in Ohio. In one horrible moment, tragedy struck. He was hit by a truck and declared brain dead.

In the midst of their pain and grief, his devastated family decided to donate his organs, including his heart.

The next day, that heart was transplanted into Avery.

The grueling surgery took 18 hours, as surgeons had to work around scar tissue from her many previous surgeries. “It was nerve wracking. It was a very, very intense process,” recalled Michael Toole, Avery’s father. He and Avery’s mother, Cheryl, waited anxiously for updates and the chance to visit with Avery after her surgery.

When they finally saw her after the operation was completed, they noticed her lips.

They had previously been blue, because she was not receiving enough oxygen from her ailing heart. The pink was a joyous sign, he said, “that everything was working.”

Her new life was made possible by her heart donor. But for some time after the surgery, the Toole family did not know the name of the family who made such a generous gift.

Although protocol did not allow Avery’s family to find out who the heart donor was, Dalton’s family wrote an anonymous letter to their son’s heart recipient. No names were exchanged, but the note included a few clues, Michael Toole said, and he did some sleuthing and found out their names.

After some communication, the Toole family met the Lawyers in their Texas home.

“It was incredible,” Michael Toole said. “It was like meeting family for the first time.”

Dalton’s triplet brothers “treated her like a sister,” he said of their connection with Avery.

Today, 17-year-old Avery’s life resembles that of many teenagers. She attends classes at Hopkinton High School, works part-time at Target, and has played soccer, basketball and lacrosse.

Her story has been translated into a children’s book, “Avery’s Gift.” The book was written by Jonathan Hoefer, a college friend of Michael Toole, with colorful illustrations by artist Milana Samarskaya.

The two main characters are Avery and Dalton.

In the story, young Avery wakes up in the middle of the night to find that her colors have completely faded. She is guided out of her bed by the playful flowers from the wallpaper and finds friendly woodland creatures who help her get her colors back. She meets a boy named Dalton, who joins her on her quest.

Sadly, their search is not successful, and Dalton must leave Avery. But before he departs, he gives her a beautiful, heart-shaped locket. With this gift and his warm embrace, Avery watches in awe as her colors return, more vibrant than ever.

Hoefer wanted to write the book to get the message out early to children that donating organs can restore life for others. “He wanted to plant that seed early,” Michael Toole said.

Avery urges everyone to consider becoming a donor.

And she delivers a special message to Dalton’s family and all who give the greatest gift under the most painful of circumstances.

“Thank you so much,” Avery said. “If you didn’t make this hard decision, there would be many lives that wouldn’t be here.”

Avery’s and Dalton’s families remain in contact to this day. They are bonded by the strength of a beating heart.

← Greyhound Friends looks to bounce back HHS spring sports get tournament schedules; all but lacrosse teams open postseason at home →