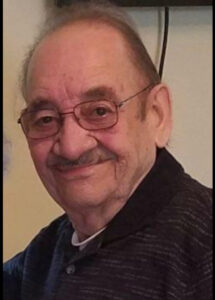 Luis Gonzalez, 81, died March 11 at his home after a brief illness. He was the husband of Agustina (Mendez) Gonzalez, to whom he was married for 61 years. Born in Puerto Rico, he came to the mainland United States when he was 19 years old. He worked in the maintenance departments of Holliston and Hopkinton schools for 31 years.

The funeral will be held Friday, March 18, at 9:30 a.m. from the Callanan Cronin Funeral Home, 34 Church Street. A funeral Mass will be celebrated at 10:30 a.m. in St. John the Evangelist Church, 20 Church Street. Calling hours at the funeral home are Thursday, March 17, from 4-7 p.m.

Donations may be made to Alzheimer’s Association, 309 Waverley Oaks Road, Waltham, MA 02452.