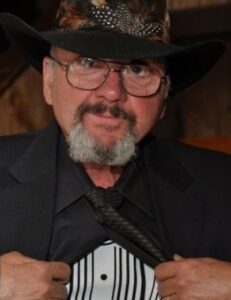 Marcel L. Remillard, 72, a longtime resident of Westborough, formerly of Millville, passed away peacefully at home, with loved ones by his side, on March 16.

He leaves his wife of 35 years, Karen (Pachico), son James and fiancée Diane Wright, son Thomas, son Andrew and wife Melissa, and daughter Jessica Werme and husband Joshua. He also leaves behind uncle Omer Ethier and wife Donna, brother Richard Remillard and wife Nicole, and sister Evelyn McNamara and husband Michael. He was blessed with 10 grandchildren and three great grandchildren along with many nieces and nephews.

He was the son of the late Lionel and Claire (Ethier) Remillard. His greatest joy over the years was his family and being able to take care of his grandchildren when they were young.

Marcel did his patriotic duty and enlisted as an airman in the U.S. Navy in January 1969, stationed in California at the U.S. Naval Air Station, under Fighter Squadron 124, and trained as a plane captain. He deployed to Vietnam for sea duty on the USS Kitty Hawk in November 1970, right after the birth of his first son. Returning from his tour, he was disabled and placed on the retired list with an honorable discharge. He was a life member of Upton VFW Post 5594 and American Legion Post 234 in Northborough.

He was a life member at the Woodville Rod & Gun Club in Hopkinton, where he enjoyed many lifelong friendships, fishing and shooting when he could, but mainly cooking was his passion, and he put out some amazing meals. His favorite event was the chicken BBQ, of course. But each spring he’d get very excited looking forward to the Kids Fishing Derby, as he was fortunate that many grandchildren and special friends’ children attended over the years, and Marcel would show them how to fish.

His other love was NASCAR racing. He always had to head to Thompson Speedway early so he was there when they opened at 3 p.m., even though the race didn’t start until 6. It’s all about getting the best seat, he’d say. His favorite times were when he was able to be in the pits with his dear friend Jim and his boys who raced there.

Marcel was a man of many talents. He was a great carpenter and so proud of his displays he built for the home shows in Boston that Somerville Lumber attended. He also drove a truck for the company and always managed to find a VFW upon his destination. He worked for Bartlett Tree Service for many years and returned home one day with a family of raccoons that just lost their mom. He put his heart and soul into all he did. He would do anything for anyone.

There will be a celebration of life on Saturday, April 2, at 3 p.m. at the Woodville Rod & Gun Club, 252 Wood Street, Hopkinton. Please come and share your memories and raise a glass of cheer to Marcel Frenchie Remillard.

In lieu of flowers, the family ask that you consider making a memorial donation in Marcel’s name to Fishing with Warriors, Inc., P.O. Box 621, Westborough, MA  01581. Any cash donations received at the clubhouse will be donated to the Kids Fishing Derby.