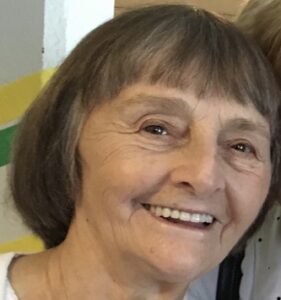 Marilyn Elizabeth (Perkins) Lewandowski, 82, of Blackstone, passed away unexpectedly on Jan. 9. Born in Wellesley, she was the daughter of the late Anita (Sumner) and Paul Perkins. She was the wife of George Lewandowski of Blackstone, formerly of Hopkinton.

Marilyn had a strong Christian faith and lived her life for Jesus. She was a loving homemaker who took pleasure in bird watching, taking long walks, singing around her home, reading and completing puzzles. She was always moving fast and especially enjoyed time spent with her niece, Lori Lussier, and playing games with her grandchildren. Marilyn was involved with Meals on Wheels for many years and assisted the elderly at her local senior center.

A funeral service was held Jan. 17 at the Chesmore Funeral Home of Hopkinton (ChesmoreFuneralHome.com). Interment followed in Evergreen Cemetery in Woodville.